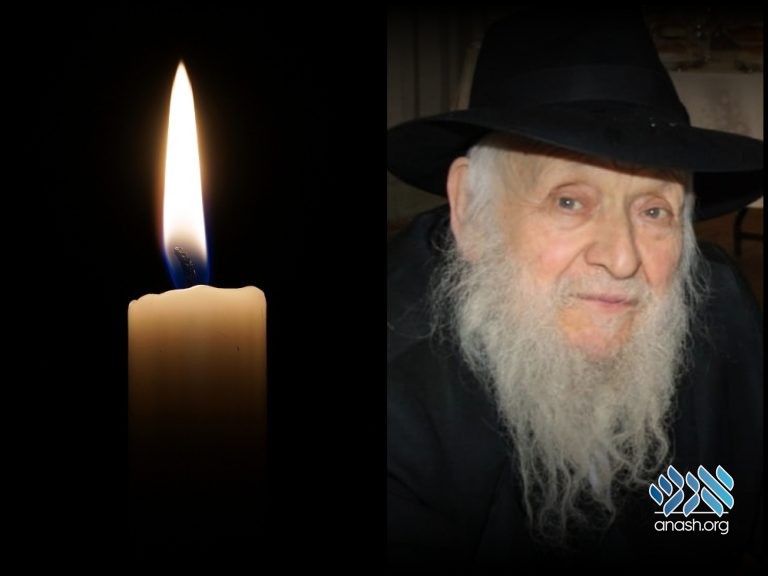 Rabbi Yosef Bentzion Raices, a”h, a longtime resident of Crown Heights who was a dedicated melamed for over 50 years, passed away on Shabbos.

Rabbi Yosef Bentzion Raices a”h, a longtime resident of Crown Heights who was a dedicated melamed for over 50 years, passed away on Shabbos, 15 Iyar, 5780.

Rabbi Raices was born Tes Elul, in the year 5688/1928, to his parents, Rabbi Shmuel Yitzchok and Altah Yehudis. In his youth, he learned Torah with mesiras nefesh in Soviet Russia.

Accounts of life in Samarkand speak of a young bochur, Yoske Reices, who learned Torah diligently under great duress and hunger.

After escaping Russia with his family they stayed in a DP camp until they were able to emigrate to the USA. There, they settled in Crown Heights were R’ Yossel began learning in the yeshiva at 770.

When R’ Michoel Teitelbaum founded Oholei Torah cheder, R’ Yossel was one of the first to join the staff. He continued teaching, first there and then at other schools, for over 50 years.

Alongside his teaching, R’ Yossel was involved in spreading Yiddishkeit and Chassidus, and especially the Torah of the Rebbe. One of his many activities was driving the ‘Kehos bus’, a bus converted into a library and store of Chassidus seforim, during the summer months.

Reb Yossel was one of the few who had been in Crown Heights from the first day of the Rebbe’s leadership until now.

He is survived by his wife, Rifka, and children, Menachem Mendel – Postville, IA; Shalom Ber – Skokie, IL; Levi – Kharkov, Ukraine; and Chanie Serebryanski – Toronto, Canada; as well as many grandchildren and great grandchildren.