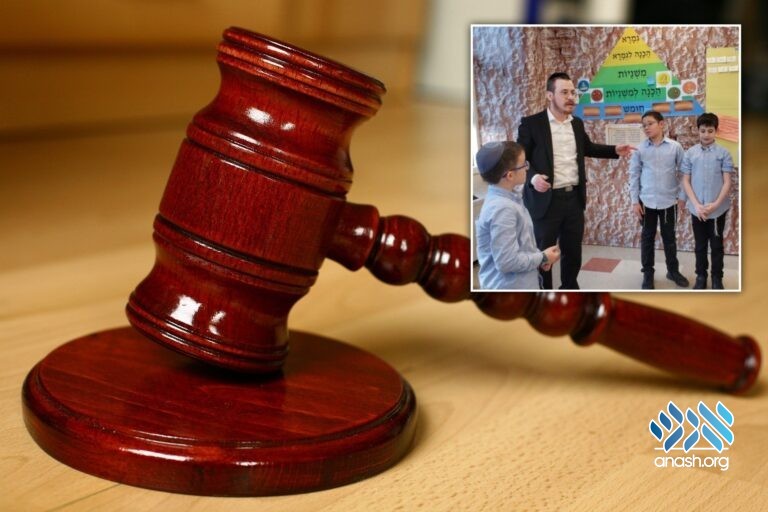 The thief typifies the lowly character of someone more scared of human judgment than Hashem’s. Yet we are commanded to focus on the dignity and the respect of even a lowly thief. We must take people, more than circumstances, into consideration.

Really – that’s all it takes. A simple salutation, a gratis greeting, and you just acknowledged to your fellow human that his presence was noted and welcomed. Lest you think this is but a triviality, know that the Gemara finds it significant to relate how Rabbi Yochanan Ben Zakkai would always be the one to initiate greeting to anyone he encountered.

In our Parsha as well, Rabbi Yochanan Ben Zakkai demonstrates his legacy of caring:

There is a Mitzvah in this week’s Parsha that if witnesses testify against someone having stolen an ox and then Shechting or selling it, the thief must pay the owner five times the value of the ox. In the case of a sheep, the thief must pay four times the value of the sheep. While either one is obviously a harsh fine that the Torah is meting out to the thief, why is the amount of the penalty for the sheep less than that for the ox?

Rashi brings two answers. Rabbi Yochanan Ben Zakkai explains, Hashem is concerned for the dignity of people. Hence, by a sheep that must be carried out on the thief’s shoulders, the thief’s shame already compensates for one time the value, bringing the fine down from five times (like by an ox) to but four. Conversely, Rabbi Meir says, this teaches us the importance of work: unlike by a sheep, a stolen ox causes the owner to lose out on work, and that factor raises the fine from four times (like by a sheep) to five.

Let us analyze Rabbi Yochanan Ben Zakkai’s words. I mean, is this a joke?!

Firstly, we are talking about a thief, and as Rabbi Yochanan Ben Zakkai himself (!) expresses in Gemara, a thief typifies the lowly character of someone more scared of human judgment than Hashem’s.

Secondly, the whole idea of a thief is that he only goes about his business when he believes he is undetected. What feelings of shame does he experience at all?! We must say that indeed, the feelings of shame come later, when he is brought to Beis Din and the witnesses describe how he carried out the sheep on his shoulders. The overall shame of being caught stealing is now exacerbated by having been seen in an undignified fashion.

The poor thief, Nebbach, must go through some retroactive feelings of shame. Must we really take this into consideration to lower his fine?!

It is only fair to find this hard to digest. It is natural for this mercy to a criminal not to meet your standards of justice. Rabbi Yochanan Ben Zakkai therefore precedes his explanation with his opening remark: “Hashem is concerned for the dignity of people”.

Yes, this Halacha might not be a clarion call to a perfectly fair judgment decided by a human judge.

We are given this glimpse, so that we can take it to heart and apply this perspective of humanity and compassion into our own lives and encounters.

Let us all learn a lesson from Rabbi Yochanan Ben Zakkai’s perspective, and take it upon ourselves to be even just a trifle more compassionate, caring, and courteous to our families, friends, neighbors, coworkers, students, and the delivery guy. To always place that human connection at the forefront of our relationships and communications. A simple – but sincere – “How is your day going?” or “Good morning, it is so good to see you!” can be a gamechanger for the recipient, uplifting them and empowering them to get through whatever they may (or may not) be going through.

I hope you have a wonderful Shabbos, and an inspiring and joyful Adar!

P.S. This article is written in loving memory of Rabbi Yudi Dukes, whose first Yahrtzeit was commemorated a few weeks ago. Rabbi Yochanan Ben Zakkai’s legacy was definitely Yudi’s legacy as well, as I remember him for being a beacon of positivity and warmth, with his trademark smile and hello. Every phone call we had (usually business-related) started off with a genuine “How are you?”, and I aspire to perpetuate that trait in my interactions with others. Thank you Yudi, for teaching that to me.

[1] An important clarification is needed: The thief is still receiving a hefty fine of four times the amount of the sheep! The victim is being compensated, and then some. This perspective of Rabbi Yochanan Ben Zakkai is not Chas Veshalom to give more consideration to the criminal than to the victim. That would be a folly, and dangerous, mistake to make. This perspective is that every human being, even a criminal, is deserving of some level of compassion.