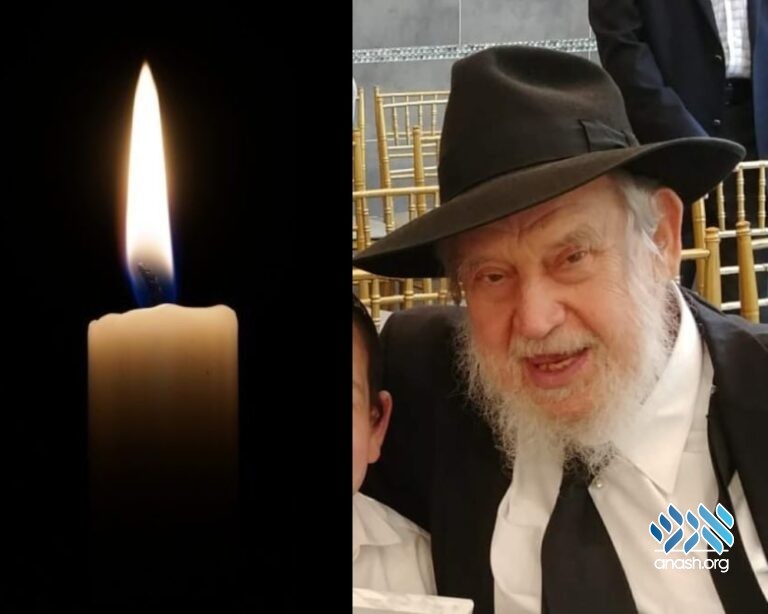 Rabbi Yisrael Shmuel Engel, a beloved teacher who impacted thousands of students as a lifelong educator, passed away on Thursday, Tzom Gedalya, 5782.

Rabbi Yisrael Shmuel Engel, a beloved teacher who impacted thousands of students as a lifelong educator, passed away on Thursday, Tzom Gedalya, 5782.

Rabbi Yisrael Shmuel Engel was born in Hungary in 1934 and emigrated to the USA in 1939, right before World War II began.

His father, who served as rabbi in Duluth, Minnesota, sought out a Yeshiva in 1944 for his son Yisroel Shmuel. Impressed with the Yiras Shomayim at the Lubavitcher Yeshiva, he chose it for his son. Yisroel Shmuel was inspired by the Ahavas Yisrael in Lubavitch, and adopted an approach that remained with him for life: to inspire everyone he met to embrace Torah and Mitzvos, in the warm spirit of Chassidus. A great many individuals came to embrace Torah and Chassidus Chabad through his love, teaching, and encouragement.

In 1962, he married Leah Fogelman. Together they built a very warm and open home where all they encountered – whether they knew them or not – were made to feel as if it was their OWN home.

Yisroel Shmuel’s unique knack for inspiring children led him to a life devoted to Chinuch, being Mechaneich thousands of children, infusing them with an abiding love of HaShem, Torah and all Yidden.

In his youth, he helped coordinate the Released Time program and ran early Lag B’omer parades. He led Mesibos Shabbos programs for children – a custom he continued for some seventy years.

His teaching career began in the Lubavitch Yeshiva in Springfield, Massachusetts (1960-61). He continued in Oholei Torah (1962-2006), where thousands of Talmidim found through him a love of Torah learning, Davening, and Yiras Shomayim.

His energy seemed unending and was inspiring to all who met him. During the day he taught in Yeshiva school, in evenings he taught Shiurei Erev to avid learners (who loved his prizes!), and on Shabbos he gathered many (up to close to 100) children in the ‘770’ Shul, inspiring them to Daven with warmth and feeling (and to enjoy plenty of Nosh!). Shabbos afternoons he arranged Mesibos Shabbos (and more Nash…) His storytelling was spellbinding and legendary. Generations of campers in Gan Yisroel in Parksville and elsewhere in the Catskills also remember his inimitable and inspiring calls of rewards for studying Mishnayos by heart.

Rabbi Engel’s profoundly loving approach and devotion to each Talmid, his passion for learning and his uniquely creative way – through art, imagination and drama – to make Torah subjects accessible to the minds and hearts of his students, made him a Rebbe who touched thousands with a deep love for Torah learning and Yiddishkeit.

Rabbi Engel never gave up on his Talmidim – or anyone else, for that matter – and never stopped influencing them positively, whether they were to be found within the yeshivah walls or outside of them.

His Chessed to the needy was profound, exemplary, discreet and deeply heartfelt. His profound Ahavas Yisrael, infectious Simchas Chayim and incredible optimism brought Brochoh and joy to thousands – whether through his helping financial hand, a warm Shabbos meal, a place to sleep a night (or many…), or an uplifting word of encouragement he readily offered all he encountered – completely irrespective of their social, economic and/or spiritual station in life.

In his later years, he continued to teach and inspire young and old, in numerous Chabad houses in Florida where he spent winters, and in his summer residence in Cleveland, Ohio. As long as his Neshomoh breathed life into his Guf, he continued his Shlichus (life mission) to uplift and encourage every Yid he met, materially and spiritually.

He passed away after an illness.

He was predeceased by his first wife Mrs. Leah Engel (nee Fogelman).

Rabbi Engel’s family requests that people please share any positive experience or story, large or small, they had with Rabbi Yisrael Shmuel Engel, at:
https://sharetoremember.com/reb-yisroel-shmuel-engel

The Levaya will, B’Ezras HaShem, take place on Sunday, 6 Tishrei.
Shomrei Hadas at 12:00pm
Passing Oholei Torah and then 770 at 1:00pm