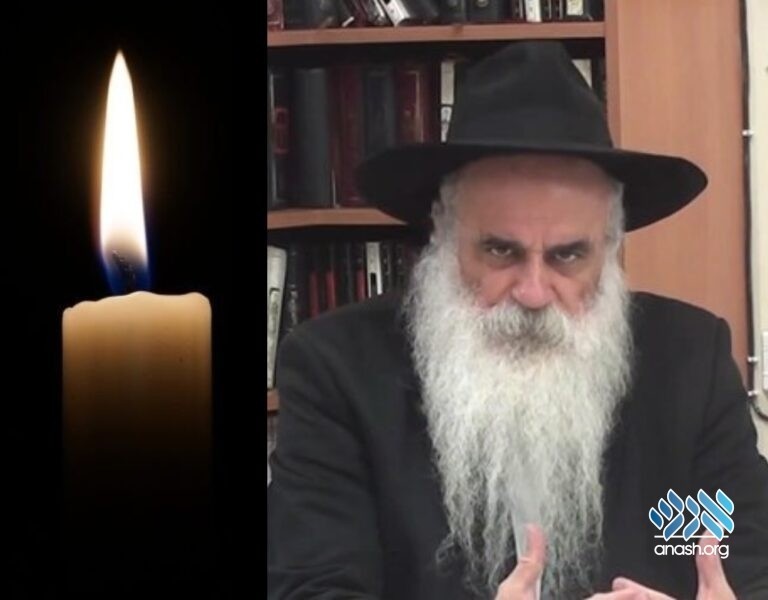 Rabbi Yisroel (Rali) Halperin, a beloved and dedicated rov and shliach in Herzliya, Eretz Yisroel passed away on Thursday, 5 Elul, 5782.

He was 66 and had recently battled an illness.

Born in 5716 in the city of Netanya to a religious family, he began his military service in the Air Force and ended his service in one of the IDF’s most elite units.

In his youth, he became drawn to Chabad. Before his marriage, he became the first shliach in his hometown of Netanya.

Following his marriage, he lived for a number of years in Kfar Chabad, where he studied in the Kolel of Tomchei Tamimim in Kfar Chabad, under the direction of Rabbi Avraham Zvi Cohen. Based on a directive of the Rebbe, he sat in the Kollel for several years, where he received semicha from Rabbi Ashkenazi.

During the years he lived in the Kfar Chabad he was a leading activist in Tzach. One of his primary activities was organizing Lag B’Omer parades in over sixty locations throughout the country.

In the early 5740s, he moved to the city of Herzliya to serve as the Chabad shliach. Upon his arrival, he was appointed rov at the central synagogue in the Neve Amal neighborhood.

Over the next three and a half decades, he established a Chabad community of about 150 families, with six Chabad shuls, kindergartens, daycare centers and Talmud Torah for children for members of the local Chabad community.