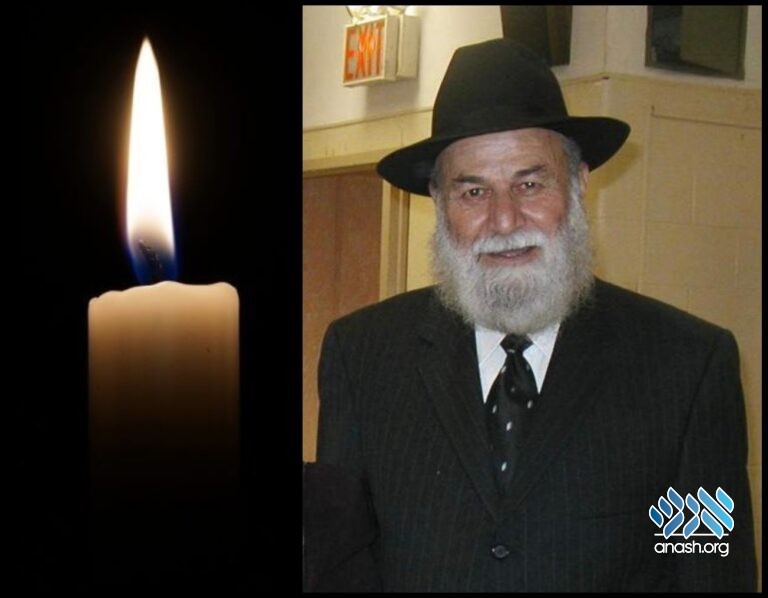 He merited to have yechidus with the Frierdiker Rebbe upon his becoming bar mitzvah, and when he was learning in the Central Lubavitch Yeshiva at Bedford and Dean he was chosen as one of 2 bochurim to represent the Yeshiva to the draft board during the Korean war.

He was one of the founders of Nachlas Har Chabad in Kiryat Malachi, EY. In later years he moved to the city of Bnei Brak.

He is also survived by his sisters Rebbetzin Chave Hecht and Mrs. Tzuppie Goldberg.

He was predeceased by his son Rabbi Avrohom Yitzchok Lasker in 5765.

The levaya will take place Wednesday in Bnei Brak.