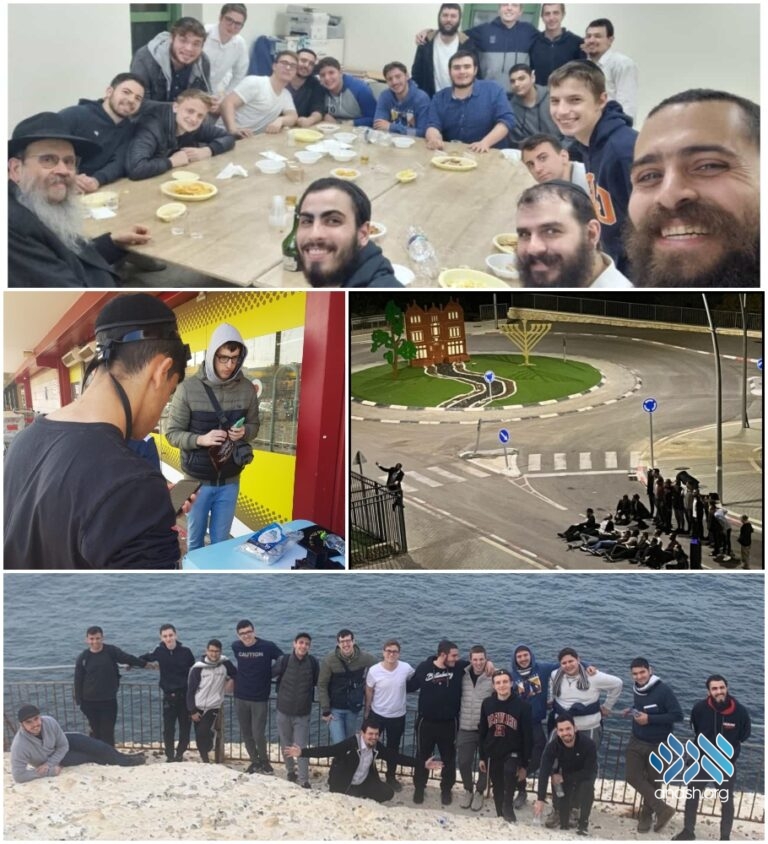 Students from Argentina joined a special taste of yeshiva program under the auspices of the Chabad Yeshiva in Migdal Ha’emek; they received a surprise visit from Argentina Head Shliach Rabbi Tzvi Grunblatt.

Dozens of students from Argentina have joined Rabbi Boruch Konfederak‘s Spanish division of the Chabad Yeshiva in Migdal Ha’emek, under the leadership of Rabbi Akiva Goldschmid. Another large group also joined for the winter program

At the opening of the program, they were excited to receive a surprise visit from Rabbi Tzvi Grunblatt, Head Shliach of Argentina. Rabbi Grunblatt shared his personal memories of learning by Rabbi Berel Baumgarten, his excitement when he came to the Yeshiva in 770 for his first time, and the “tayerkeit” by the Rebbe of every neshama learning in Tomchei Temimim.

The visit was just the beginning of many new surprises, with the hanholo looking forward to additional groups of students who will be arriving in the near future.

The mot recent group, which arrived this week, included students from the Jabad El Lazo organization in Buenos Aires, who traveled to Eretz Yisroel to taste a true Yeshiva experience for one week.

They were greeted in the streets with music and dancing by the prior groups of bochurim in the Yeshiva.

A special farbrengen was held in their honor with guest speakers. Among them was Rabbi Eli Srugo, rosh yeshiva of Yeshiva Anoji in Buenos Aires, a yeshiva geared for newcomers and balei teshuva.