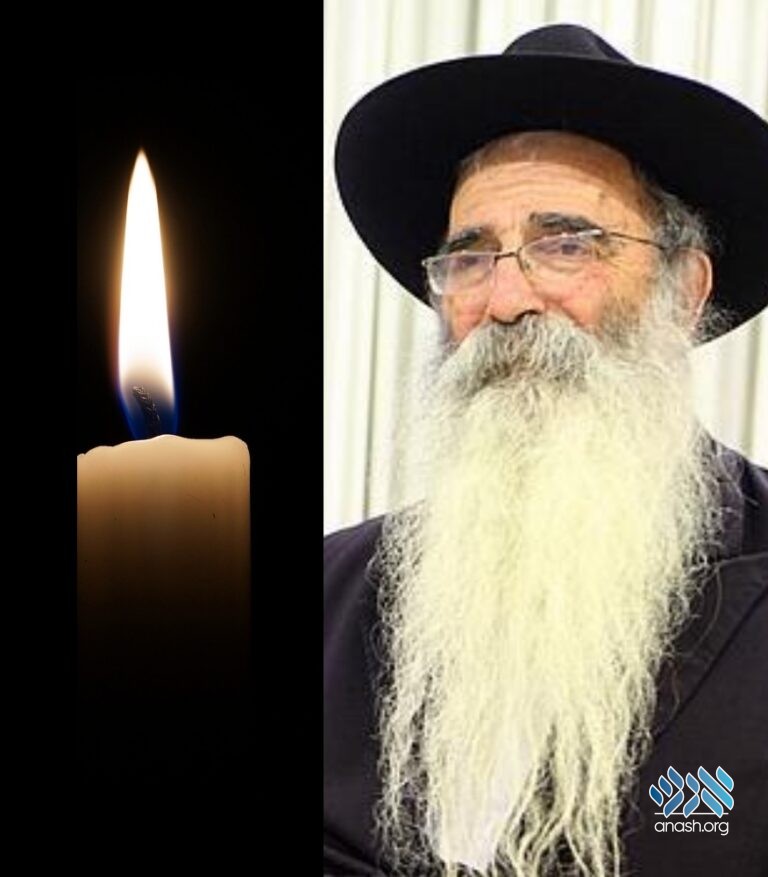 Rabbi Tuviah Peles, a chassidishe activist in Eretz Yisroel who dedicated his life to spreading the wellsprings of Chassidus, and the creator of the famous “Dvar Malchus” booklets, passed away.

Rabbi Tuviah Peles, a chassidishe activist in Eretz Yisroel who dedicated his life to spreading the wellsprings of Chassidus, and the creator of the famous “Dvar Malchus” booklets, passed away on Tuesday morning, 16 Shvat, 5782.

Born in 5708, Tuviah was drafted into the IDF when he came of age, and served as the head of the security for Israeli Prime Minister David Ben Gurion.

In 5730, at the age of 22, he traveled to New York to spend the year learning by the Rebbe as part of the kvutzah. Before he traveled back to Eretz Yisroel in the summer, which was then in the midst of the War of Attrition, the Rebbe instructed him to travel to all the fronts, from the Suez Canal to the Golan Heights, and to convey to them in the name of the Rebbe that he wishes and blesses them with great success. The Rebbe gave him a bottle of mashke to give to the soldiers to say l’chaim, and told Tuviah to offer tefillin to the soldiers for a token payment of one lira, with the Rebbe personally covering the rest.

After his marriage, Rabbi Peles quickly gained a name as an activist who was totally dedicated to fulfilling the Rebbe’s requests and carrying out the Rebbe’s mivtzoim. Over the coming decades, he received many unique letters, ma’anos and instructions from the Rebbe, both regarding his personal life and in his capacity as an activist.

Rabbi Peles also viewed traveling to the Rebbe as a priority of the highest order, and would travel with his entire family from Eretz Yisroel to New York at least once a year, and himself would visit whenever the opportunity arouse.

In 5751, in his quest to spread the wellsprings of Chassidus, Rabbi Peles began printing the Rebbe’s weekly sichos under the name Dvar Malchus, and began spreading them at a unprecedented pace. The booklet quickly gained prominence, and tens of thousands were printed every week.

In Iyar of that year, in response to the Rebbe’s call to learn inyonei geulah u’moshiach, Rabbi Peles published a special edition of the Dvar Malchus, containing sichos on the last two perokim of Rambam, which detail the halachos of Moshiach. On 15 Iyar, the Rebbe requested that the booklet be reprinted in New York, and personally distributed copies to tens of thousands of chassidim.

After Gimmel Tammuz, Rabbi Peles continued printing the weekly Dvar Malchus publications, with sichos, ma’amarim and letters from the Rebbe and the previous Chabad Rebbeim. As the years went on, he added the daily study portions of chitas and Rambam to the booklet, making it a valuable resource for those who make those studies a part of their every day. At the time of his passing, the booklet had grown to over 70,000 copies per week, making it one of the largest forces in hafatzas hamayanos.

The levaya will take place on Monday in Kfar Chabad at 11:30 AM local time, continuing on to Shamgar funeral home at 2:00 PM.