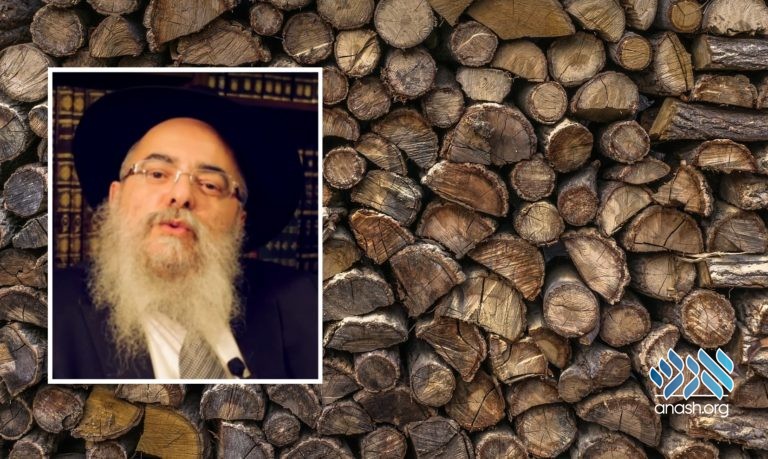 Vayikra speaks of sacrifices. In a pre-recorded video, Rabbi Masoud Touboul A”H talks about an offering that goes unmentioned in the parsha, as it was only introduced hundreds of years after the Torah was given.

By Anash.org writer and Chabad.org

Rabbi Masoud Touboul A”H, who passed away from the coronavirus this week, pre-recorded a video (in French) on this week’s parsha, with a message about korbanos.

During the rebuilding of the second Beis Hamikdah, the Jews found that almost all of the trees in Eretz Yisrael had been uprooted, creating a shortage of wood. Consequently, an offering of wood was introduced.

Several families agreed to donate wood for the altar. When the wood which one family brought was used up, another family brought more. In commemoration of their generosity, our Sages ordained that even when there was enough wood, the descendants of these families would bring wood on the days when their ancestors had, and their wood would be used on that day. These families would celebrate the day as a holiday.

The wood these families originally brought to the Beis HaMikdash was not itself a sacrifice; it was needed so that others could bring sacrifices. Thus the sacrifices offered with the wood this family brought were not necessarily their own, nor were they only communal offerings in which they had a share. Instead, the wood was for the sacrifices of the entire Jewish people.

Rabbi Touboul points out that this korban was given without a trace of pride, as opposed to the other sacrifices, which gave the donor a measure of satisfaction.

Moreover, among the sacrifices offered with this wood were guilt offerings and sin offerings brought by people seeking atonement. Nevertheless, these families took the trouble to plan ahead, not for themselves, but to help others — including those guilty of sins — offer sacrifices and gain atonement.

They gave up something which could not be replaced to help a sinful person, and did so with joy. So great was their happiness that this day was considered a festival for that family.

To relate the above to our own avoda: Even when a person possesses something which, like the wood for the altar, cannot be replaced, he must be prepared to sacrifice it to help another Jew — even a person who must bring a sin offering.

Moreover, he must make these efforts even if they never bring recognition. Furthermore, he should consider this such a great merit that the day will be considered a joyous festival for him and his family.

May Rabbi Touboul be a gutte better for all of Klal Yisrael and beg Hashem to end all suffering and bring the Geula now!