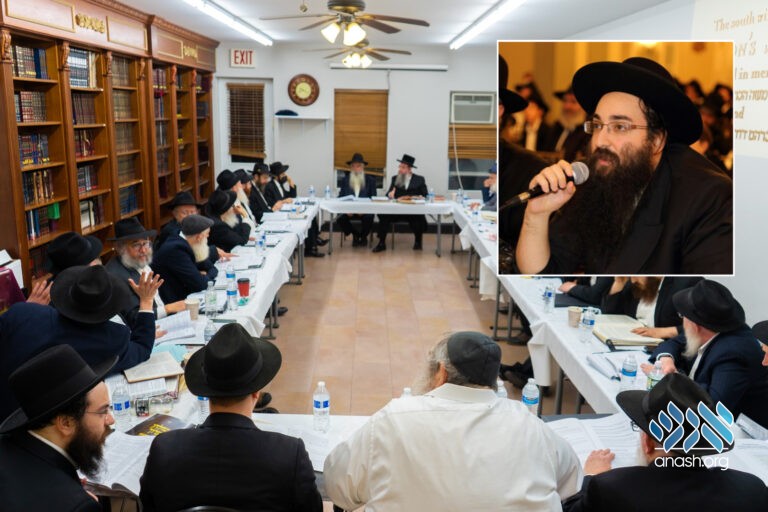 Rabbi Sholom Zirkind of Crown Heights who is known for his broad knowledge of halacha in general and Hilchos Shabbos in particular will be heading the new Hilchos Shabbos track at Lemaan Yilmedu.

Two weeks ago, we announced the opening of a new learning track of Hilchos Shabbos at the Machon Limud Halacha, “Lemaan Yilmedu.” All halachos pertaining to Shabbos will be learned, with an emphasis on the practical-halacha l’maaseh, observing Shabbos in the modern world of 2021, at the end of which students will receive semicha in Hilchos Shabbos.

Heading the new track will be Rabbi Sholom Zirkind of Crown Heights who is a mashpia in the community and known for his broad knowledge of halacha in general and Hilchos Shabbos in particular.

In addition to giving shiurim in Hilchos Shabbos, Rabbi Zirkind will be available to talmidim to answer questions on the material and beyond.

Director of the Machon, Rabbi Zushe Wilhelm, says that the current course was started due to a real need since Hilchos Shabbos are numerous and sometimes complicated so that in order to know what to do it is necessary to study it in an organized, comprehensive way.

The staff that works on publications at the Machon are working on preparing the material which will include the Shulchan Aruch translated into English, a booklet of summaries that will simplify and clarify the halachos that are learned, as well as a series of visuals for each shiur that will concretize the material.

Due to the great demand, two classes are expected, one for residents of Crown Heights which will take place in Nosson’s Shul, and one for those who don’t live in Crown Heights, which will be given via Zoom.
For additional information and to join: http://lemaanyilmedu.com/