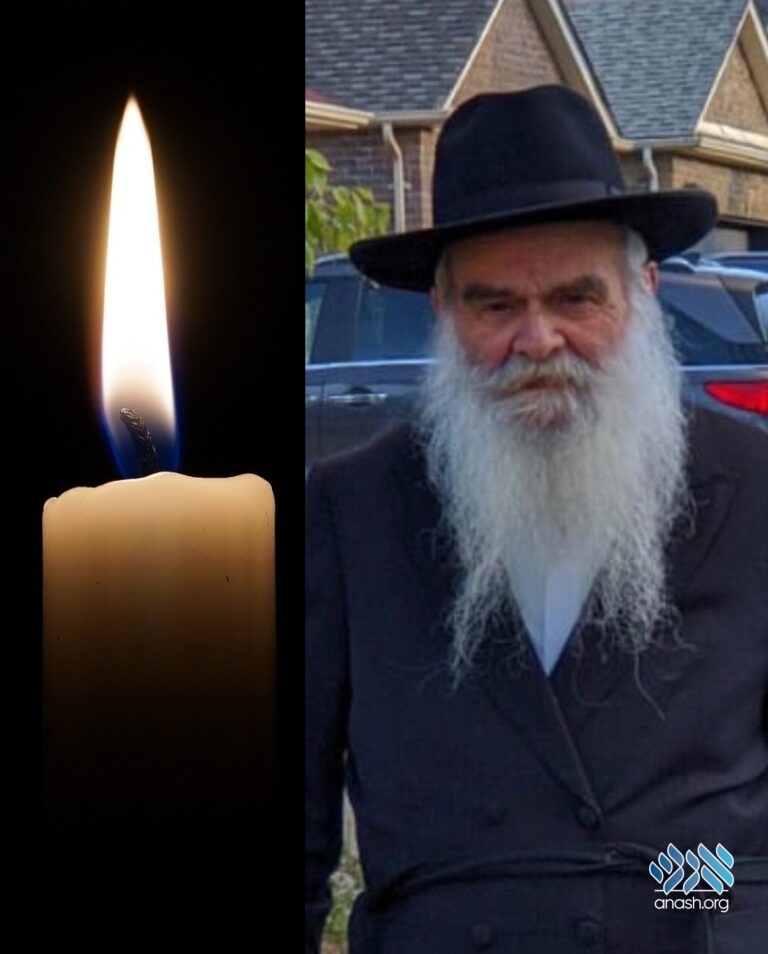 Rabbi Sholom Leib Aisenbach, a prominent member of the Chabad community in Montreal, who served as a teacher in the local Chabad seminary and as a mashpia in the community, passed away.

Rabbi Sholom Leib Aisenbach, a prominent member of the Chabad community in Montreal, who served as a teacher in the local Chabad seminary and as a mashpia in the community, passed away on Shabbos, 21 Elul, 5782.

Born in Eretz Yisroel to Rabbi Shimon Bentzion and Chana Rechel Aisenbach, Sholom Leib was a scion of the prominent Halperin family, which descended from the Alter Rebbe.

In his youth, he learned in the Toras Emes Yeshiva in Yerushalayim, and later learned in Tomchei Tmimim of Kfar Chabad.

During his years in yeshiva, he delivered shiurim in Tanya in non-Lubavitcher yeshivos, and was heavily involved in hafatzas hamayanos, taking every opportunity to spread the light of Chassidus.

In 5724, he married Rivkah Raizel Gerlitzky, daughter of the renowned chossid Rabbi Moshe Eliyahu Gerlitzky, who, decades earlier, was one of the bochurim sent by the Frierdiker Rebbe to found Tomchei Tmimim Montreal.

For their Shabbossheva brachos, they traveled to New York, and on Motzei Shabbos they had a yechidus. During the yechidus, when they told the Rebbe that they would be traveling to Eretz Yisroel, the Rebbe instructed the couple to hold their last sheva brachos in Tomchei Tmimim, which the couple did in Kfar Chabad. This directive of the Rebbe was a novelty at the time, but has since become the standard custom by all Lubavitcher chassidim.

After their wedding, the couple lived in Eretz Yisroel for a number of years. They later moved to Montreal, where Rabbi Aisenbach served as a teacher in Tomchei Tmimim Montreal and Chaya Mushka Seminary. He also served as a mashpia in the community, and was one of the respected elderly chassidim who was known for being a “tziyur” of a chassidishe yid.

The levaya will be held on Sunday, 22 Elul, in Montreal. Beginning at 4:00 PM at Chesed Shel Emes and passing Tomchei Tmimim and Chaya Mushka Seminary before continuing to the Lubavitch Cemetery, 5505 bas St. Francois, Duvernay, Quebec.

Shiva will be held until Motzei Shabbos at 6303 Trans Island Ave. Montreal, Quebec.