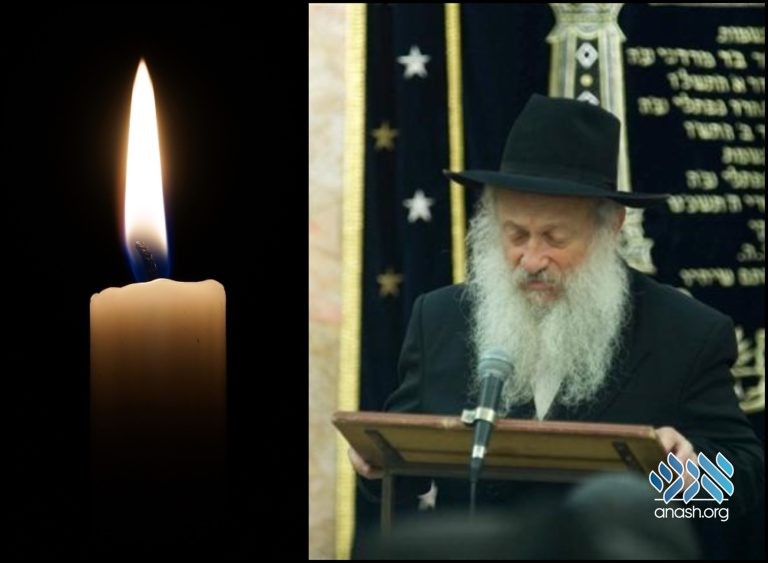 Rabbi Sholom Eidelman, the head shliach of Casablanca, Morocco, passed away on 16 Nissan, 5780.

Rabbi Sholom Eidelman, the head shliach of Casablanca, Morocco, passed away on Friday 16 Nissan, 5780 after being infected with coronavirus.

Rabbi Eidelman was born in 5696 to his parents, Rabbi Aryeh Dov and Slava Eidelman. When he was 9, he escaped with his family from Russia through Poland to Paris.

As a bochur he learned in Tomchei Temimim in Brunoy. He requested the Rebbe’s permission to come learn in 770, but the Rebbe did not grant permission, telling him that he was to remain in Brunoy and influence the Sefardic bochurim learning there.

In 5716, Rabbi Eidelman was one of the Shluchim the Rebbe sent to Kfar Chabad to comfort the community after the massacre in the Yeshiva there. Rabbi Edelman was chosen even though he was learning in Brunoy, and the other shluchim were all learning in 770.

In 5719, before his marriage, the Rebbe appointed Rabbi Edelman as the Shliach to Morocco. He left to Morocco a few days after his wedding to his wife Gittel (nee Gurkov), on Zos Chanukah of that year.

Since then, he was the Rebbe’s dedicated Shliach to Casablanca, Morocco, and his great influence is felt throughout Morocco.

He opened a Kollel where he trained most of the Rabbonim and Shochtim in Morocco, the most famous being his student, the Rishon LeTzion, Rabbi Shlomo Moshe Amar.

His sons serve as Shluchim in communities throughout the world. Together with Rabbi Hillel Pevzner under the direction of the Rebbe, he was finding seforim and kisvei Yad in Torah, specifically in Chasidus. Whenever they had the oppportunity, they would send the findings to the Rebbe, in some cases they sent photographs of what they found.

He was predeceased by his son, Rabbi Yosef Yitzchok Eidelman of Eretz Yisrael.