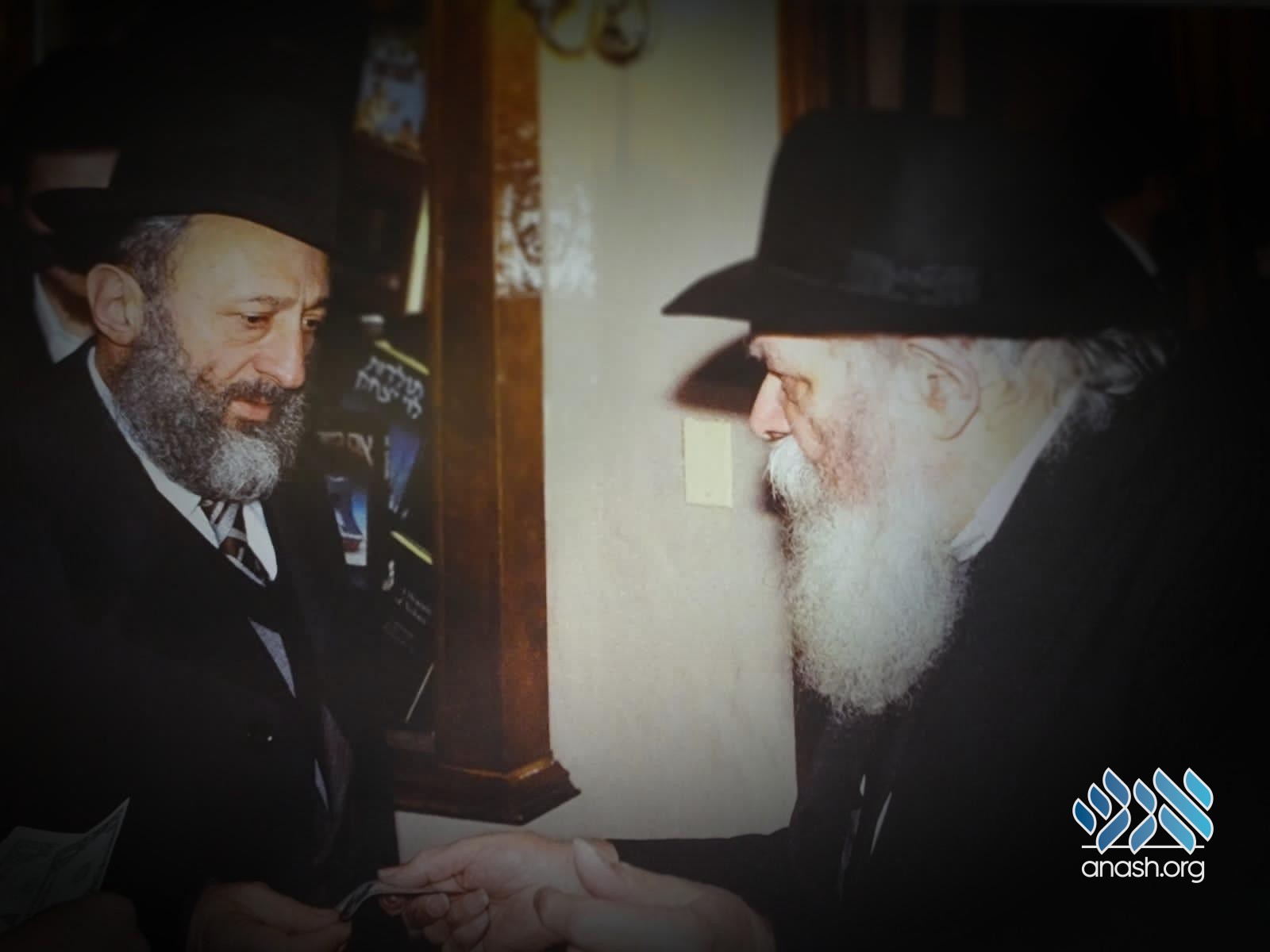 Rabbi Sanowicz was born to his parents, Harav Chaim Yitzchok and Hinda Sanowicz, hy”d. His parents were sent to Odessa by the Frierdiker Rebbe to strengthen the chassidim of Odessa, where he was born.

At the height of communist persecution, young Sholom Ber was sent, with great mesiras nefesh, to Tomchei Temimim in Kutaisi, Georgia together with his brother R’ Azriel a”h. Later, he went on to learn in the yeshiva in Brunoy, where he was one of the founding bochurim, and became a talmid muvhak of the Mashpia R’ Nissen Nemanov. He devoted himself in his later years to  publishing R’ Nissen’s Biurim on Tanya, which he had transcribed as his Talmid.

He later became a Shochet upon the request of the Frierdiker Rebbe. Although he arrived in the USA with nothing, he became successful in business, which he entered upon the recommendation of the Rebbe. He recently founded a generous Gmach for Shluchim.

He was passionate in his quest and devotion for learning,  and rarely was found without a Sefer in hand. In his later years, he gave Shiurei Gemarah in various Shuls in Crown Heights and was a  Maggid Shiur in Yeshiva Chovevei Torah. In addition to his sefer on R’ Nissen’s Biurim on Tanya, he recently published a Sefer,  Maaseh Sholam, based on his Chidushim and Shiurim.  A  noted Baal Tefillah, he davened for many years by the Amud at 770 before the Rebbe. His life personified Torah and Tefillah until his last day.

Rabbi Sanowicz passed away just shy of his 94th birthday.  He leaves behind a distinguished  legacy of children, grandchildren and great-grandchildren, a family of  illustrious Roshei Yeshivos, Shluchim, and Mechanchim who follow in his ways.

The family will be sitting Shiva at 622 Empire Blvd.