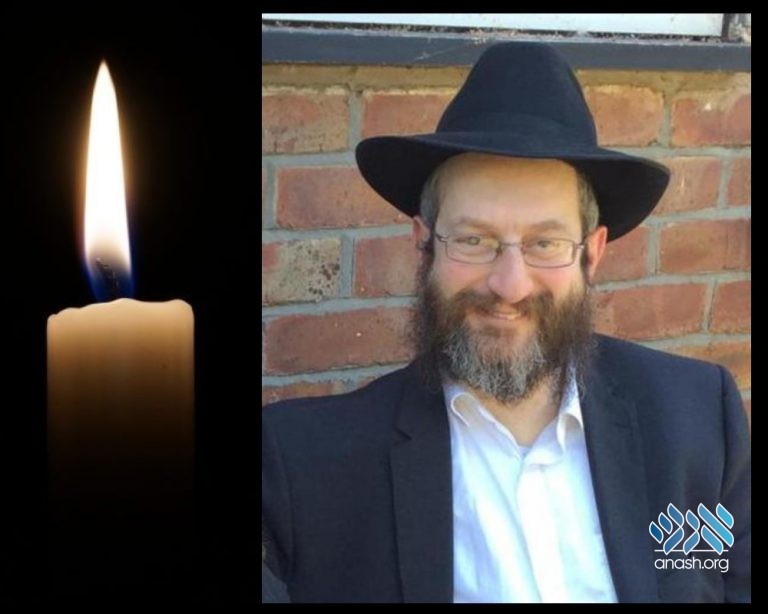 Rabbi Shimon Potash, a teacher and member of the Stamford Hill community who led children’s services and youth activities, passed away on Tisha B’Av.

Today, Tisha b’Av, the Lubavitch community in London and beyond has been plunged into even deeper mourning with the sudden, and untimely, passing of Rabbi Shimon Potash. He was 47.

Born in London in 1973, Shimon studied at the Lubavitch Junior Boys’ School and Mechinah, Yeshivas Lubavitch Manchester and Oholei Torah New York, before going on Shlichus to Sydney Australia and completing Semicha.

Shortly after Shimon got married, he and his wife Emmanuelle went on Shlichus to Tunisia for several years before settling in London. Shimon was a devoted husband, father, son and brother to his family, and a respected teacher and member of the Stamford Hill community. He led Children’s Services and Youth Activities, and worked with Lubavitch Foundation and the school, as well as other Tzorchei Tzibbur including his regular Kriyas HaTorah at Beis Lubavitch.

Shimon will be fondly remembered for his gentle manner and soft voice, his intelligent wit and infectious laugh. His unending compassion and sensitivity towards others will be this community’s most cherished memory of all.

He is survived by his wife Emmanuelle, and their children Menachem Mendel, Chaya Mushka, Chaim, Levi Yischok, Nosson, and Yehuda.

A fund has been established to support his wife and children. To donate, click here.