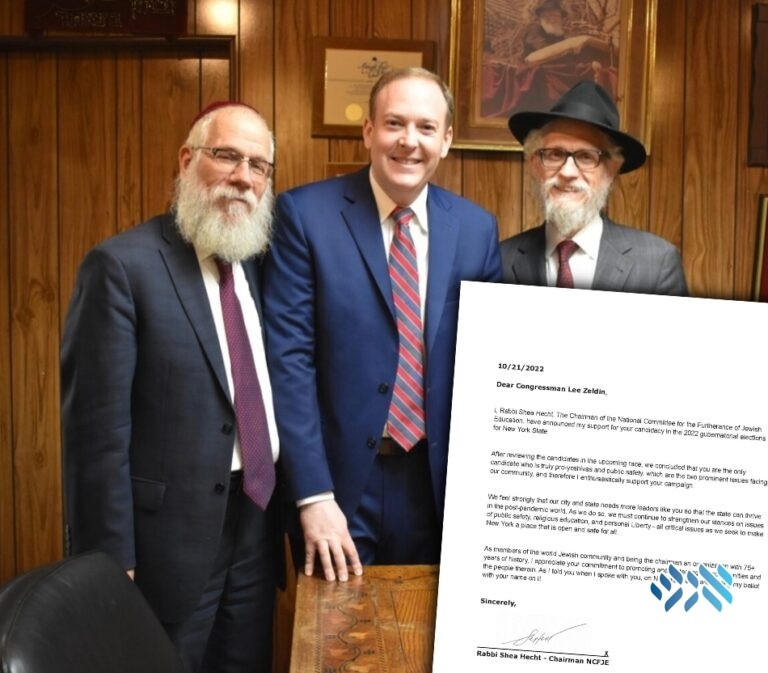 Rabbi Shea Hecht, a foremost Chabad activist and the Chairman of the NCFJE, endorsed Congressman Lee Zeldin for New York Governor, saying he is the “right candidate” for public safety and Yeshiva education.

Following the meeting, he gave his own endorsement to Zeldin, stating:

”As the Chairman of NCFJE, and as someone whose family has long been involved in political races, can choose no candidate other than Lee Zeldin. As I told him in our first meeting, that comes November 8th, I am casting my ballot for him”.

He further went on to say that “there are two primary issues that affect us on a daily basis, public safety and Yeshiva education, and Lee Zeldin is the right candidate for both those issues.”

“Rabbi Hecht has long been involved in political affairs in Crown Heights, and this endorsement comes along with a surge in the polls for Zeldin making the race an official “toss up”,” Max Coen noted.

For his full official endorsement see below.

*Disclaimer: Rabbi Shea Hecht’s Endorsement is as an individual citizen, and not on behalf of the NCFJE