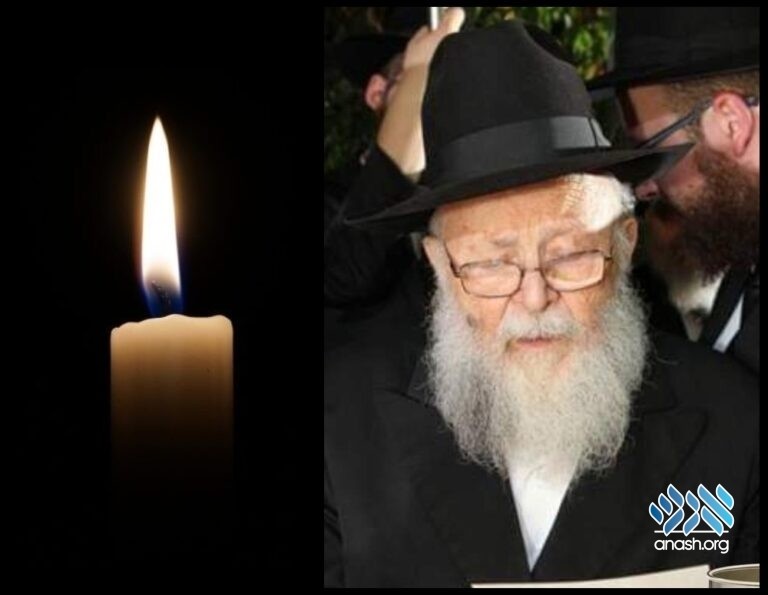 Born in Eretz Yisroel, Reb Shalom Leib was the son of the chossid Reb Chaim Ber Lerman who was born in Lubavitch and was a star talmid there. He merited to accompany the Frierdiker Rebbe on his travels in Eretz Yisroel in 5687.

He merited to receive an abundance of letters and advice from the Rebbestarting in 5716, and he would proclaim a yomtov on the day he received a letter from the Rebbe.

He is survived by his wife Shoshana and children: Benzion Lerman of Nachla, and Mrs. Pesia Cohen of Bnei Brak.

He was predeceased by his brother Reb Tzvi Abba Lerman of Crown Heights in 5780.

The Levaya will take place on Tuesday in Eretz Yisroel.

Shiva information to be announced.