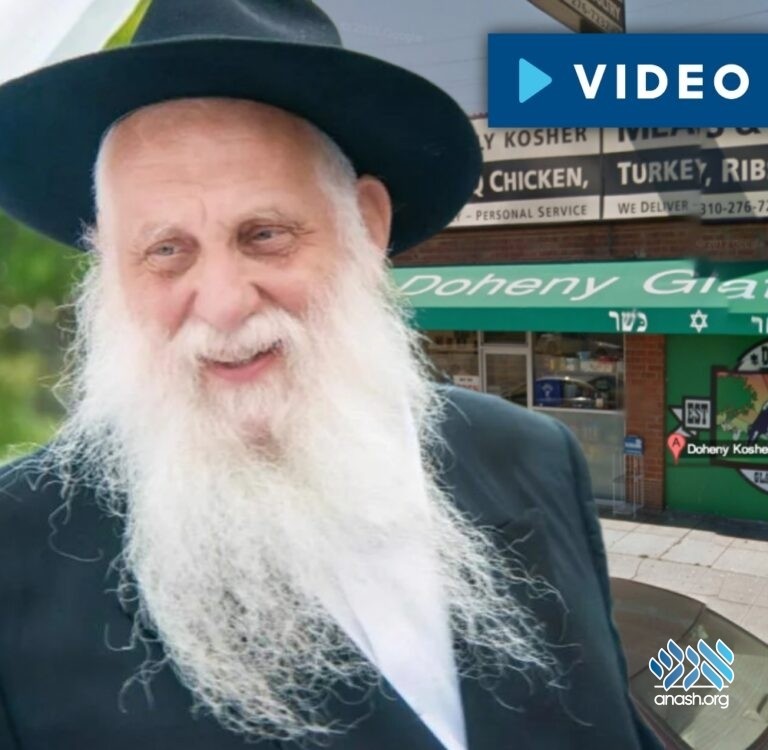 When a “kosher” meat market in Los Angeles was discovered to be selling non-kosher meats nearly a decade ago, the Jewish communities of California were scandalized. At that time, Harav Shimon Raichik a”h addressed the situation in a shiur and a letter, and set out guidelines to avoid such scenarios in the future.

When a “kosher” meat market in Los Angeles was discovered to be selling non-kosher meats nearly a decade ago, the Jewish communities of California were scandalized. At that time, Harav Shimon Raichik a”h, the rov of Anash in Los Angeles, addressed the situation in a shiur and a letter, and set out guidelines to avoid such scenarios in the future.

The story broke days before Pesach of 5773. After Pesach, Rabbi Raichik sent out this letter to members of the Congregation Levi Yitzchok shul and the wider Chabad community of Los Angeles.

“I would like to give emphasis to a few points that I mentioned at last night’s farbrengen:

“Everything is B’hashgacha Protis. This week’s Parsha, speaks about Kashrus of meat and fish. The Rebbe answered people many times in regards to health problems, that they should be Zahir in Kashrus of Achila Ushesiya (be meticulous in the kashrus of food and drink).

“For that reason, when such a thing happens in our city, it is a wakeup call that we need to be more careful with what we eat and what foods we bring into our homes. We need to not only pay for kosher; we need to actually eat kosher!

“Historically, the standard of Kashrus by Chasidei Chabad was very high. The saying of the Rabbiem was: “That which is prohibited is surely prohibited; and even that which is permitted, we don’t have to have”. Chasidei Chabad refrained from eating anything which they were not 100% sure that it was Kosher to their standards.

“Therefore, until this incident is fully resolved and everything is straightened out to our satisfaction, you should not buy any meat nor patronize any restaurant, unless it is from someone whom you personally know and trust that his meat has no Shailos.

“There was a Yid, Reb Yisroel Meir Schwartz A”H, who together with R. Moshe Weiss and my father started the first cheder in Los Angeles. (R. Leibel Posner came to teach in that Cheder in the 1950’s.) I met R. Yisroel Meir around 15 years ago in a kosher market asking for chicken with a specific Hechsher which the store did not have. The storekeeper offered another chicken with a very good Hechsher, Reb Yisroel Meir nevertheless refused, and told me “that is the chicken I buy… that is my standard. I don’t buy any other Hechsher.”

“As Chasidaei Chabad, we must maintain our standards diligently!

“Wishing you a happy and healthy summer.
Rabbi Shimon Raichik“

Rabbi Raichik also delivered a shiur on the topic, discussing the roles of a mashgiach, a store owner, and saying that Lubavitcher should not rely on just any hasgacha.

The video starts about 2 minutes into the shiur.