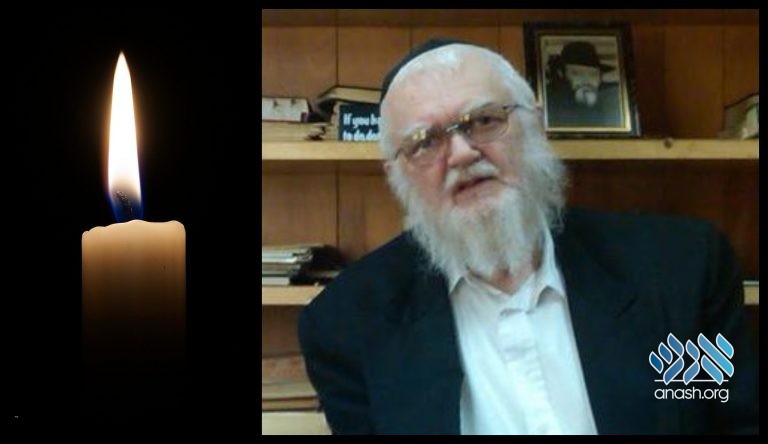 Rabbi Moshe Zaklikofsky, a longtime shliach in Detroit and editor of Sifrei Chassidus, and recently of Crown Heights, passed away on Shabbos, Rosh Chodesh Iyar.

Born in Pocking DP camp to his parents Rabbi Dovid Henoch and Mattil Zaklikowski, Holocaust survivors who had experienced the horrors of WWII, Moshe was raised in Brownsville, Brooklyn.

As a young man, he toiled in Chassidus and was truly mekusher to the Rebbe.

He was a talmid of the Lubavitcher Yeshivos in Newark and 770 and maintained a connection with Reb Yisroel Friedman and Reb Meilech Zwiebel from those years.

As a bochur, he was already chosen to be part of the team that was editing the “Samach Vov” series of ma’amorim of the Rebbe Rashab.

After his marriage to Sheindel Rendler, and after a tenure in Portland, Maine, he joined the team of shluchim in Detroit, and for many years was a beloved mechanech, educating generations in the ways of the Rebbe and Lubavitch. He also was a chaplain in the Michigan prison system, bringing Judaism and a smile to Jewish prisoners there.

In addition to his work as mechanech he was an editor for Kehot and Lahak, with an endless amount of seforim reviewed by him before publishing. Since its inception, Reb Moshe had been an editor for the Chassidus Mevueres series on ma’amorim and later the popular Tanya set.

He was a tremendous boki in the loshon and style of sifrei Chassidus, as well as an encyclopedic knowledge of pesukim and ma’amorei Chazal. Only having been reviewed by R’ Moshe could one be sure that a sefer was how it should be. Ask Reb Moshe about anything that happened during the dor hashvi’i and he’ll tell you the story with full details.

Reb Moshe’s sole “complaint” in life was not having ample time to sit and learn, especially the Rebbe’s Torah.

He is also survived by his brother Rabbi Avrohom Yakov Zaklikowski and sister, Mrs. Miriam Muskal, both of Crown Heights.

For condolences and memories email: Nichumaveilimzak@gmail.com