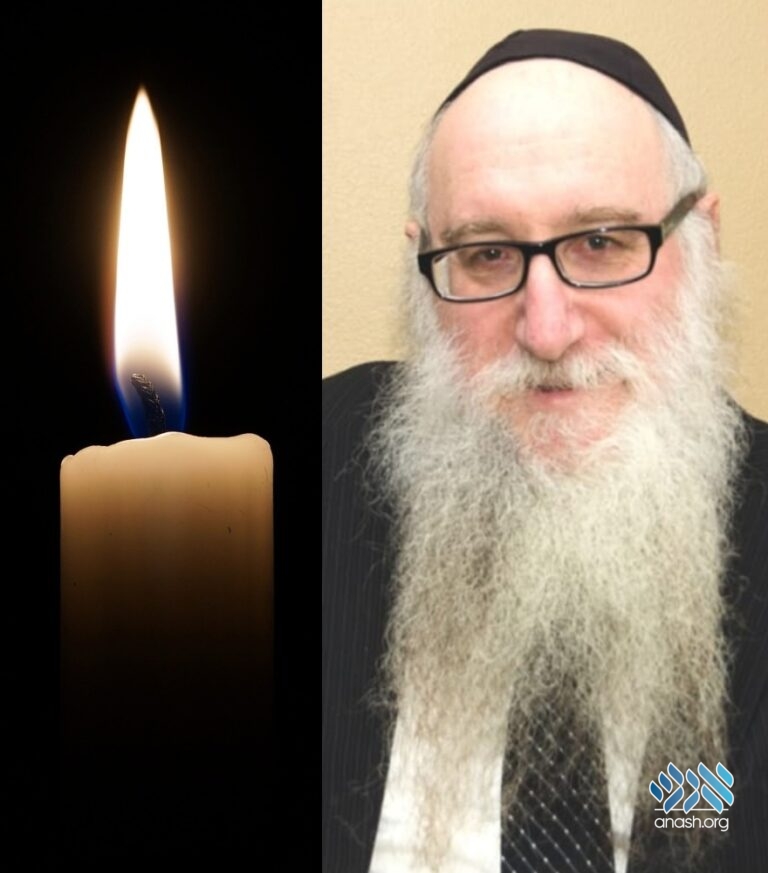 Rabbi Moshe Miller, a talmid chochom and prolific writer who authored an encyclopedic work on the seder hishtalshelus and translations of many works of Kabbalah and Chassidus, passed away.

Rabbi Moshe Miller, a talmid chochom and prolific writer who authored an encyclopedic work on the seder hishtalshelus and translations of many works of Kabbalah and Chassidus, passed away on Monday, Zos Chanukah – 2 Teves 5783.

He was 67 and passed away following an extended illness.

Moshe was born in South Africa and received his yeshiva education in Eretz Yisroel and America.

Following his marriage to Leah Kestenberg, in 1982, the couple traveled to England, where they joined the faculty of Carmel College, bringing authentic Jewish learning and practice to the students, many of whom had not been raised in observant Jewish homes.

The Millers and their growing brood then spent a decade in Eretz Yisroel, where Rabbi Miller taught at Toras Chaim, a new school for young men who had discovered Judaism later in life.

At one point, after their first son was born following four girls, the Rebbe wrote them a congratulatory message even though they had not yet had a chance to officially inform him of the good news.

Rabbi Miller’s next post was in Morristown, New Jersey, where he had been invited to head the Kollel, institute for higher learning, attached to Yeshivah Tiferes Bachurim. His final decades were in Chicago, where he was a beloved teacher at Ida Crown Jewish Academy.

Rabbi Miller was well-known as a talmid chochom as well as a prolific author and translator, with more than twenty books to his name on a wide variety of topics, including a new, authoritative, annotated translation of the Zohar, a translation of Rabbi Moshe Cordovero’s classic Tomer Devorah with original commentary and annotation, and ‘Mishnas Chabad,’ an encyclopedic work on the seder hishtalshelus.

He also authored several JLI flagship courses, including the classics, Kabbalah of Character, Jewish Essentials, and Beyond Belief, and wrote numerous articles that were published on the web and in print.

Rabbi Miller delivered lectures and shiurim on numerous topics, and was renowned for his classes on topics associated with Kabbalah.

The funeral will take place in Eretz Yisroel.
Shiva information will be forthcoming.

To contribute to the family during this difficult time please visit: TzorcheiHachag.com, via PayPal or Zelle ([email protected]) or via Cash App ($tzorcheihachag). (Please put Miller Family in the memo).