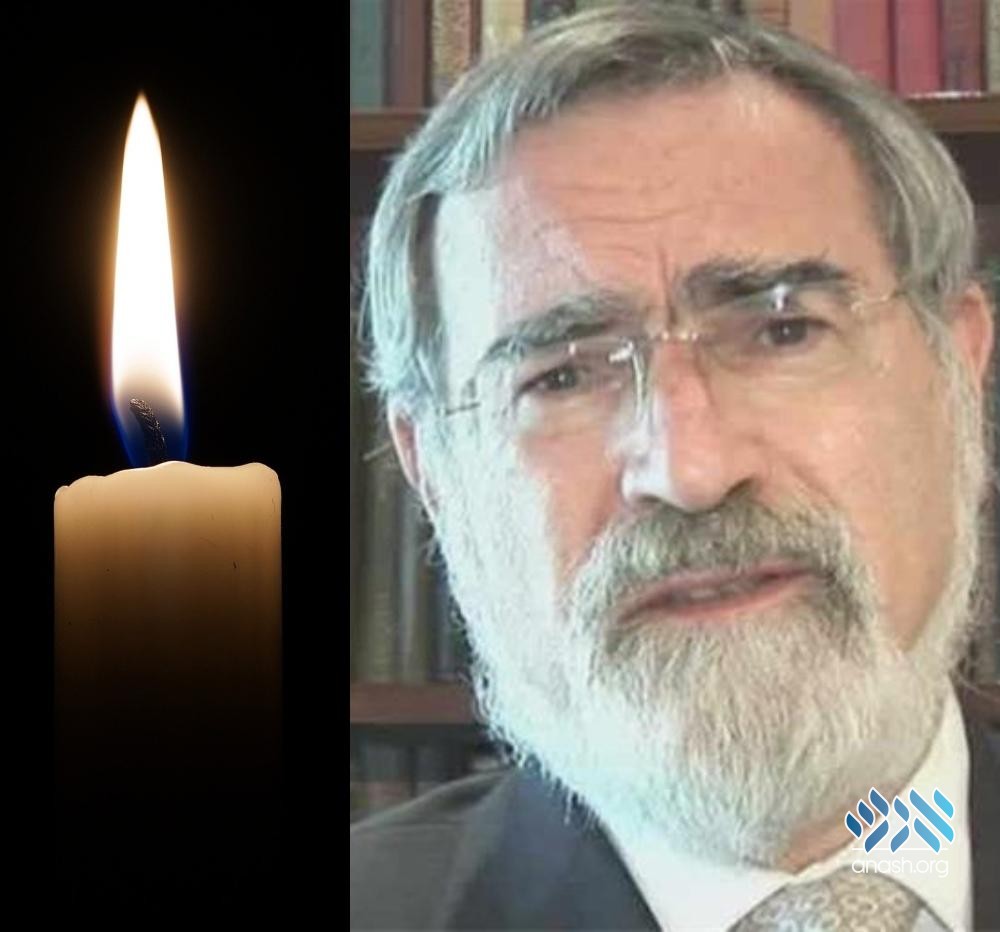 Rabbi Lord Jonathan Sacks, former Chief Rabbi of Great Britain and noted Jewish philosopher, orator and author whose extensive works inspired and influenced individuals and communities around the world, passed away on Shabbos.

Rabbi Lord Jonathan Sacks, former Chief Rabbi of Great Britain and noted Jewish philosopher, orator and author whose extensive works of Torah scholarship and moral philosophy inspired and influenced individuals and communities around the world, passed away on Shabbos, November 7.

Born in Lambeth, London in 1948, Jonathan Henry (Yaakov Zvi) Sacks was educated at leading elementary and secondary schools in Great Britain before enrolling at Cambridge University. While an undergraduate, Sacks travelled to New York where he met with the Rebbe to discuss a wide variety of issues related to religion, faith and philosophy.

The meeting had a profound influence on the young man’s life, and Sacks became committed to Jewish study and observance after returning to university, where he earned a first-class honors degree in philosophy. Following graduation from Cambridge, Sacks again met with the Rebbe, and asked in a written note whether he should become an economist, a lawyer, or an academic philosopher. The Rebbe crossed out all three alternatives, and advised Sacks to become a congregational rabbi and to eventually train other rabbis as well. More than any other person, Rabbi Sacks later wrote, “the Rebbe challenged me to lead,” and referred to the Rebbe as one of the greatest Jewish leaders, “not just of our time, but of all time.” In 2011, he spoke at length about the Rebbe’s ongoing influence on him and the world.

While continuing to work towards a PhD in philosophy at Oxford and Kings College, Sacks studied and received ordination at Jews’ College in London and at the Eitz Chaim yeshiva, before embarking on a career in the rabbinate. In 1978, he was appointed rabbi of the Golders Green synagogue in London. In 1983, he became rabbi of the Western Marble Arch Synagogue in Central London, a position he held until 1990. Between 1984 and 1990, Rabbi Sacks also served as Principal of Jews’ College, He served as Chief Rabbi of the United Hebrew Congregations of the Commonwealth from 1991 to 2013, and took his seat in the House of Lords in October, 2009.

Rabbi Sacks was the author of more than 30 books and hundreds of articles and published lectures on Torah subjects, contemporary Judaism, and general issues of morality and ethics. Many of his works can be studied on Chabad.org.

Following his service as chief rabbi, Rabbi Sacks was named Distinguished Professor of Judaic Thought at New York University and University Professor of Jewish Thought at Yeshiva University. He was also appointed as Professor of Law, Ethics and the Bible at King’s College London. He won the Templeton Prize—awarded for work affirming life’s spiritual dimension—in 2016, and was a senior fellow at the Raoul Wallenberg Centre for Human Rights.

Following his passing, former British Prime Minister Tony Blair paid tribute to Rabbi Sacks, saying “Jonathan was a wonderful friend, a beloved mentor, a philosopher of extraordinary insight, and of course a religious leader respected well beyond the Jewish community and well beyond the shores of Britain. His influence was vast and his reach immense.”

Blair was joined in words of condolence from religious and political leaders from around the world.

Rabbi Sacks is survived by his wife, Elaine Taylor Sacks, their three children, and grandchildren.

Information about funeral arrangements will be published when available.