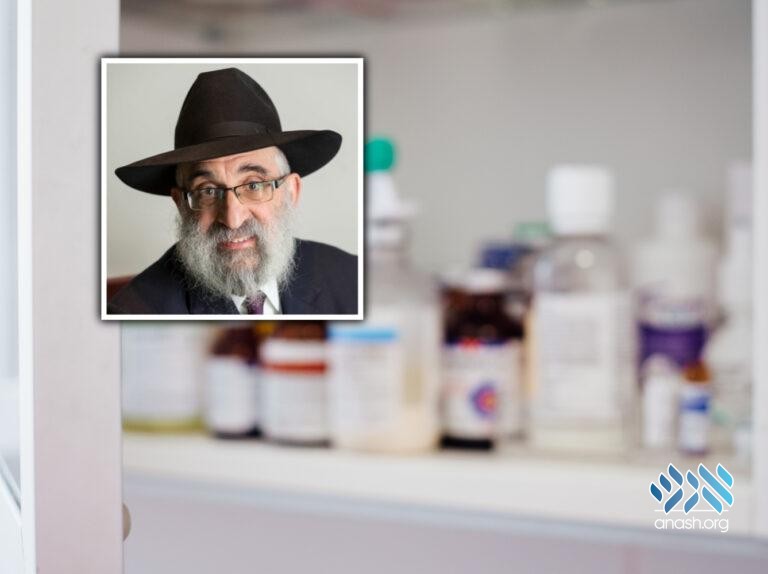 In 2008, Rabbi Don Yoel Levy a”h, administrator of OK Kosher, wrote an article decrying the now-popular Pesach lists for medicines. With the number of such lists only growing by year, his words ring stronger than ever.

Today, numerous lists of over the counter (OTC) and prescription medicines are still published every year, claiming to state whether or not the various medicines contain any chometz or kitniyos, and their acceptability for Passover use. These lists of prescription medicines include many that are prescribed for serious conditions such as heart ailments, low blood sugar, etc.

Therefore, I would like to take another look at the preparation and use of these lists from two perspectives. First, how authentic and accurate are these lists? And, secondly, should they be publicized at all?

As a kashrus agency, one of our main tasks is to continually review and verify ingredient lists for the products we certify. Obtaining accurate ingredient lists and keeping them updated can be a complicated process and is not simply a matter of a letter or phone call requesting information. For example, when a new company applies to the OK for certification, we first request that they send us a complete ingredient list. The company may not initially understand, or want to understand, what is required, and it can then take some time for OK rabbis and staff to work with the applicant to submit the information. Once the company successfully submits an ingredient list, two additional steps are required before the products can be certified. First, a specific formula, or recipe, including all ingredients and the manufacturing process, must be submitted for each product. These formulae, when entered into our computer database system, may reveal discrepancies with the original ingredient list, or suppliers that do not have acceptable kosher certification. Formula submittal is a crucial tool for monitoring which ingredients are used in the production of certified products. In fact, in the course of a formula review prior to certification, I personally discovered a company that was using a non-kosher ingredient, which they had not told us about.

After the ingredients and formulas have been reviewed, rabbis regularly visit the facility to verify the accuracy of all the information we received. Even after all of the work and checking described above, a Rabbi will often note that the submitted ingredient list was incomplete.

The companies discussed so far have signed a contract with the OK and are cooperating with us; nonetheless mistakes and discrepancies occur. Only through constant monitoring can we be sure that ALL ingredients used in the production of kosher products, and especially kosher-for-Passover products, are acceptable.

How do the publishers of the “Kosher-for-Passover” lists get their information – especially from companies that have no certification at all? Generally, a clerical worker with little or no kashrus expertise will write or call the company asking for information. With no system in place to actually follow up and verify the information received, it is ludicrous to assume that the information is accurate. Additionally, the months of preparation required to compile so much information and get the lists ready for publication guarantees that the information will be outdated by the time it reaches the consumer.

Even if information was correct on the day it was received, companies may change suppliers for a host of reasons, and they have no obligation to inform the list publishers of these changes. Perhaps they once used a certain starch that was not chometzdik as a binder. Later they found a new supplier of the starch at a better price, and the new one is chometzdik. Or, as commonly happens, the acceptable ingredient is no longer available and the manufacturer is forced to find an alternative.

There is a commonly held view that if someone writes to a company claiming a food allergy to a specific ingredient, the company will give true information. Although companies will respond to such queries, they will not necessarily reveal the whole truth and therefore cannot be relied upon. Recently, a Jewish website claimed that a certain liqueur produced in France was Kosher. This claim was made after a rabbi sent an email to the manufacturer stating that the writer is allergic to grapes and would like to know if there is any grape alcohol in their product. The writer claimed that the company did not realize he was asking about a kosher issue, merely an allergy concern. The response of the company stated that there was no grape alcohol in their product and so the rabbi assumed it to be kosher.

There are two issues with such a claim:
• Allergist will tell you that alcohol made from grapes, lactose, wheat, etc. will not affect a person allergic to base material from which the alcohol is made. Therefore companies will assume that this won’t affect the consumer and may not reveal this information.
• Although the rabbi assumed the company did not know he was asking a kosher question, the email address had the word rabbi in it, as well as the name of his Jewish organization!

What a churban! Can we give a hechsher to a product simply by writing a letter and checking the company’s website?!

A very popular “Pesach List” produced in the New York area has, for years, printed erroneous information about a certain drink that is certified by the OK. Each year, this list claims that the product is only kitniyos, and can therefore be used in certain situations on Pesach, when, in fact, the product is chometzdik! Attempts to contact the compiler have been ignored, and each year this horrifyingly incorrect information is reprinted. Clearly, a G-d fearing Jew cannot rely on these lists of medications and other products that are supposedly acceptable for Passover.

Should these lists be publicized at all? Besides all of the serious issues raised above regarding the accuracy of the lists, it is the position of the OK that decisions regarding the permissibility of medicines on Pesach, especially prescription medicines, can only be made by a competent Rav on a case-by-case basis.

Anyone with a heart condition or other serious illness must consult with his doctor about the need to take his medication on Pesach. He should then explain all the details to his Rav, who can then decide what to do according to halacha. Publicizing that certain medications are, or may be, chometzdik will only cause people to be machmir on themselves when they should not. Some years ago at a rabbinical meeting in Europe, Rabbi Bakshi Doron, the Chief Rabbi of Israel at that time, told of a young man he knew who had refrained from taking a certain medication during Pesach, because there was a chashash chometz (possibility of chometz). Rabbi Doron stated, “I have just come from his funeral.”

A similar story was written by Rabbi Shmuel Eliezer Stern of Israel, a prominent Dayan in the Bais Din of Rabbi Wosner, where someone did not take needed medication during Pesach because of a chashash chometz and passed away.

The publications of Pesach lists, especially concerning medications, can easily do more harm than good. How can anyone take such a responsibility in good conscience? So, before Pesach, call your doctor about any medications you are taking, consult your Rav, and let them make a joint decision that takes your health and halacha into account.

Wishing you a healthy and kosher Pesach.