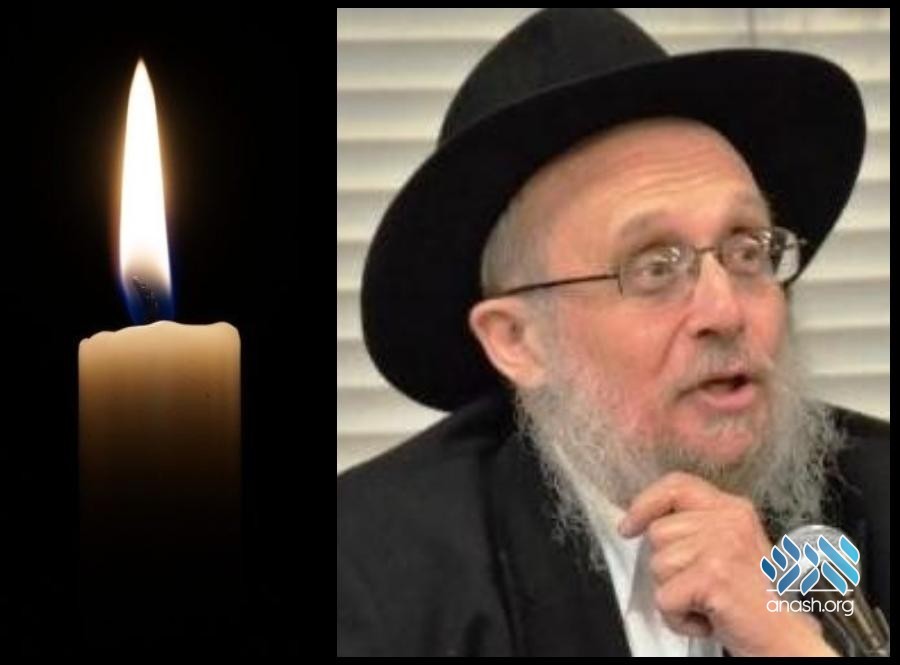 Rabbi Leizer Teitelbaum was a prominent chossid in Crown Heights, known for his remarkable lomdus, yiras Shamayim and humility.

Rabbi Teitelbaum was born in Germany to Rabbi Michoel and Rebbetzin Esther Teitelbaum in 5708 (1948). At the age of three, he and his parents immigrated to the United States.

In 5731 (1971), Rabbi Teitelbaum married his wife, Brocha. After kollel, he and his wife moved first to Miami and then to Seattle where he was part of the hanhala of the yeshivos there. Rabbi Teitelbaum looked after the bochurim, ensuring that they came to seder on time, and was available to answer all of their questions.

After a fourteen year hiatus from Brooklyn, in 1987 Rabbi Teitelbaum and his wife moved back to Crown Heights and he began working for OK Kosher Certification full-time.

After spending a few months learning the ropes, Rabbi Teitelbaum began traveling extensively on behalf of the OK. At the time, Rabbi Teitelbaum’s travel itinerary for Annual Visits (yearly executive inspections) was arranged so that he would return to the same area many times during the same trip. During each return trip to an area, Rabbi Teitelbaum would make surprise visits to facilities in the area and check up on their compliance with OK policies.

Rabbi Teitelbaum traveled all over the United States and Canada, as well as to India, Japan, Australia, China, Chile, Russia, Ukraine, and many countries in Europe.

Rabbi Don Yoel Levy AH, Kashrus Administrator of OK Kosher Certification, described Rabbi Teitelbaum as “one of the biggest experts in kashrus with the unique combination of deep understanding of both the halachic and technical aspects of kashrus.”

Rabbi Berel Levine, Director of the Rebbe’s Library, said: “I dormed with him and learned with him in yeshiva for many years. Rabbi Teitelbaum learned Shas and poskim with great hasmada and finished the entire Talmud while still in yeshiva. Rabbi Teitelbaum held prominent positions in many yeshivos, but he was not able to utilize his great knowledge and understanding of halacha. When he came to the OK, I saw right away that Rabbi Teitelbaum found his place and he was very successful, deciding complex questions of halacha and handling all of the technical aspects of kashrus as well.”

In an issue of the kashrus agency’s Kosher Spirit magazine, Rabbi Chaim Cohn shared how Rabbi Teitelbaum had “an incredible breadth and depth of knowledge on almost every subject, from obscure chemical processes to a clear, precise understanding of complicated Halachic topics.” This, coupled with his ability to think outside of the box, made it a pleasure to work with him.

In addition to his vast expertise in the field of kashrus, Rabbi Teitelbaum was trained in shechita (as mentioned earlier) and safrus. He also served as a board member for Oholei Torah, after his father passed away.

The family requests that his mother in law, Mrs. Rivka Ceitlin in Montreal not be notified.

shiva information to be announced.