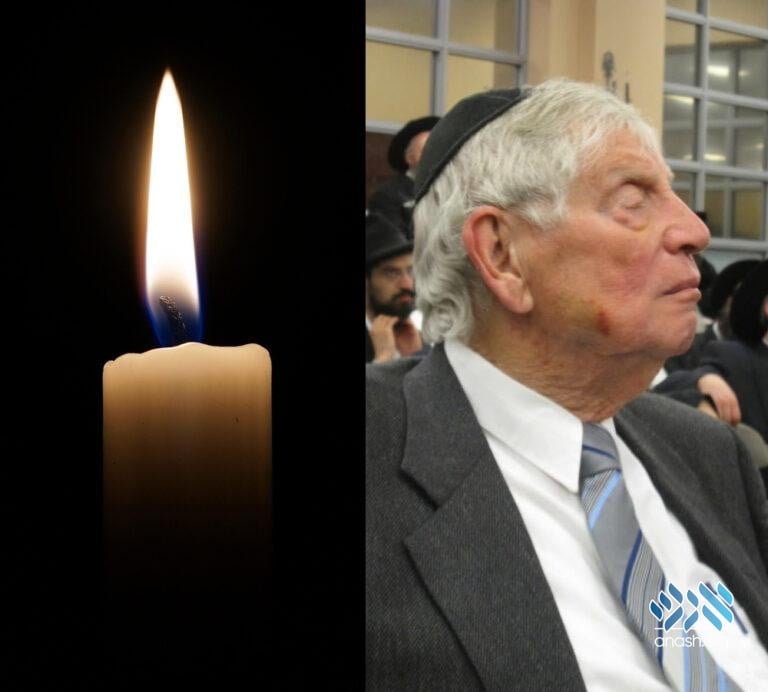 R’ Leibel Denburg, who survived Soviet persecution to raise a Chabad family in Montreal, passed away on Thursday, 19 Nissan, 5781.

R’ Leibel Denburg, who survived Soviet persecution to raise a Chabad family in Montreal, passed away on Thursday, 19 Nissan, 5781.

R’ Leibel was born in the renowned chassidic town of Shedrin to Rabbi Yeshaya and Henya (nee Nemenov) Denburg, both coming from prominent family of Chabad chassidim. His uncle was the famous mashpia R’ Nissan Nemenov.

As a youngster, Leibel experienced the Soviet persecution first-hand, when his father was forced into hiding from the Communists who had came to arrest him. During WWII, his family escaped to Tashkent. A short while later, his father passed away at a young age after battling an illness.

After reuniting with his mother and baby sister in Uzbekistan, Leibel overcame terrifying escapades and nearly-being-caught to smuggle his family to safety.

After the war R’ Leibel, like countless others was resettled in a Displaced Persons camp in Germany. It was there that he offered his bed to an elderly lady. The next morning it was discovered that she was Rebbetzn Chana Schneerson, the Rebbe’s mother. That relationship which lasted the rest of her life was recognized by the Rebbe.

Arriving penniless in Canada, R’ Leibel refused to work on Shabbos, a fact that made him unemployable in those days. Through sheer determination, quick thinking and a bit of mazal, he landed his first job.

The Rebbe took an interest R’ Leibel, asking one of the Rabbis in Montreal to personally welcome him in a sign of personal attentiveness that was uncommon. Years later, the Rebbe even suggested him as ‘an honest broker” who, being trusted by both sides, could help resolve a dispute in Montreal.

For over six decades, R’ Leibel was a prominent member of the Chabad community in Montreal. He was a strong supporter of the Chabad mosdos in the city, and could frequently be seen in the “Yeshiva” shul with a sefer, learning.

The Levaya will take place on Friday at Montefiore Cemetery.