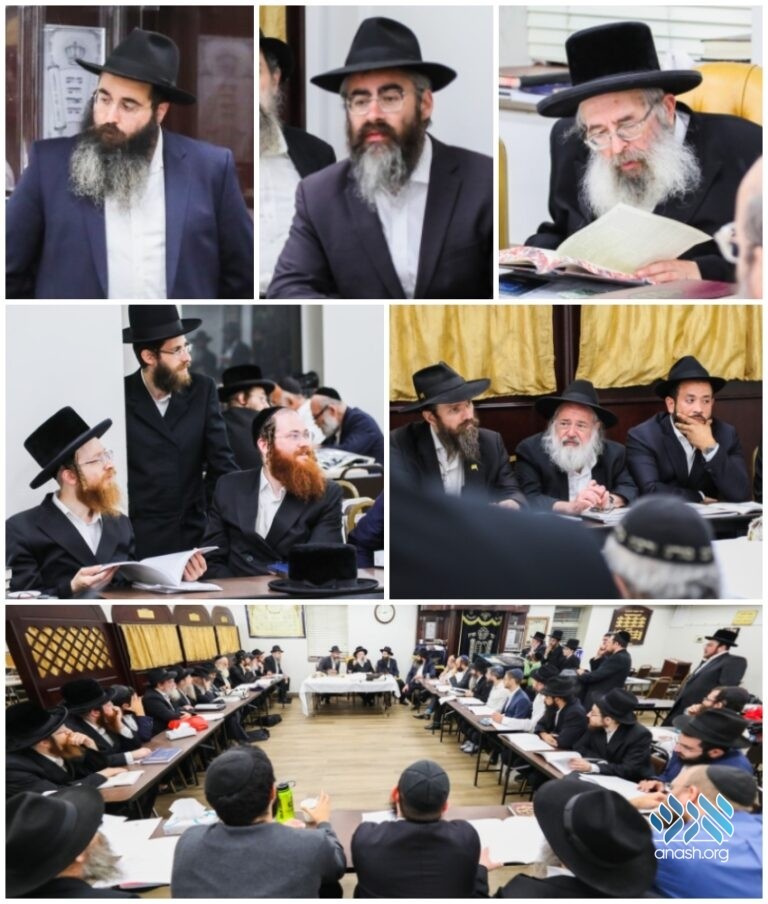 More than 40 students at Machon Limud Halacha “Lemaan Yilmedu” took a test with the posek, Rabbi Gavriel Zinner, author of Nitai Gavriel, at his beis medrash in Boro Park.

More than 40 students at Machon Limud Halacha “Lemaan Yilmedu” took a test with the posek, Rabbi Gavriel Zinner, author of Nitai Gavriel, at his beis medrash in Boro Park.

It was the last test in the Semicha course – Isur v’Heter, and it included Hilchos Melicha. Talmidim in the Hilchos Shabbos program were tested on Hilchos Hadlokas Neiros, Kiddush and Havdala. This concluded the school year.

The talmidim came to the test ready, after thoroughly learning the halachos in shiurim given by Rabbi Yossi Barber in Hilchos Melicha and Rabbi Sholom Zirkind, and this was apparent in their answers during the test.

Rabbi Chaim Yisrael Wilhelm, thanked Rabbi Zinner for his important role in Machon Lemaan Yilmedu. Rabbi Zinner recalled Rabbi Zushe Wilhelm a’h, Menahel of the mosad who passed away half a year ago. He spoke in amazement about the dozens of balabatim, working men with families, who devote set times to learn Torah in a serious way. He mentioned what a great zechus it is for all those who take part in the courses of Machon Lemaan Yilmedu.

With the conclusion of this semester, the new semester is about to begin next week with classes in Crown Heights and on Zoom on an array of halachic topics including: Semicha, Hilchos Shabbos, Chuppa v’Kiddushin, Mikvaos, Shechita, Orach Chaim, etc. Some of the classes are already full while some space still remains in other classes. The hanhala of the Machon asks those who are interested in joining to do so as soon as possible.

For information and to register: http://lemaanyilmedu.com/