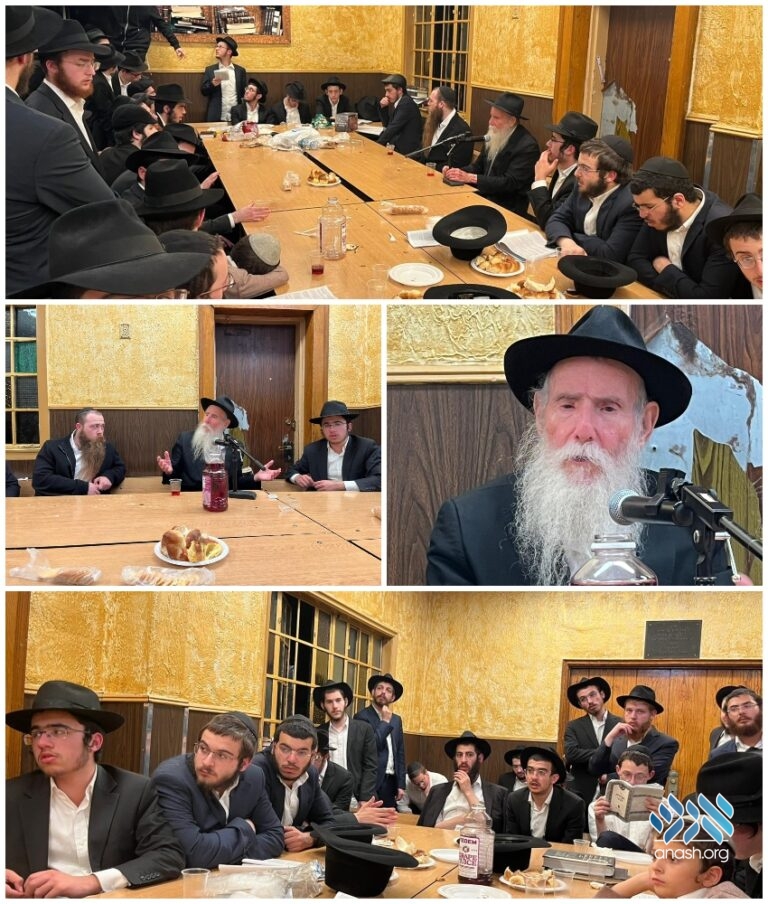 Bochurim gathered in the small zal at 770 Eastern Parkway on Motzei Shabbos for a farbrengen with Rabbi Shlomo Cunin, Head Shliach to the West Coast.

The farbrengen, held to mark Shabbos Mevorchim Cheshvan, is a long-standing tradition of Rabbi Cunin, who travels to 770 on the final Shabbos of every month.

Rabbi Cunin spoke about the seforim of the Chabad library being held in captivity in Russia, and how redeeming them from captivity should be a priority for every Chabad chossid.