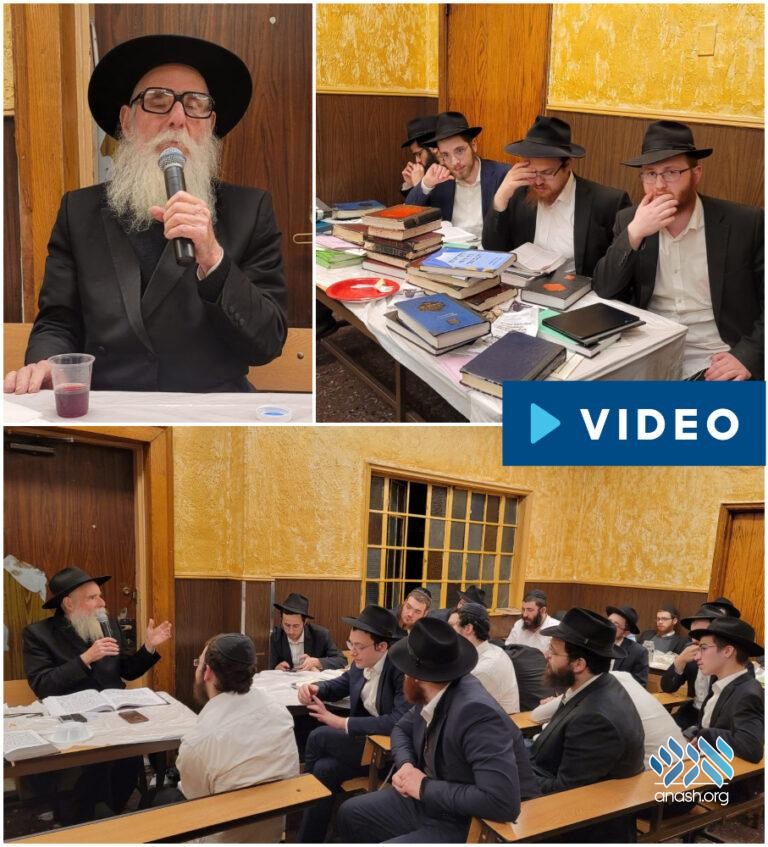 Rabbi Shlomo Cunin held a farbrengen in 770 for bochurim on Motzei Shabbos in honor of Shabbos Mevorchim, where he taught the niggun he composed for the Rebbe’s Kapital, a tradition he has been keeping for decades.

At the farbrengen, Rabbi Cunin taught the assembled bochurim the niggun he composed for the Rebbe’s upcoming Kapital – Kapital 120.

Rabbi Cunin has been composing a niggun for the Rebbe’s Kapital for many decades, and a number of his niggunim were sung in front of the Rebbe. Every year, as Yud Alef Nissan approaches, chassidim around the world eagerly await his newest composition, which many sing throughout the coming year.

As every year, this year as well Chassidim from around the world are composing Niggunim in honor of the Rebbe, in connection with Yud Alef Nissan – the Rebbe’s Birthday.

As customary, this week – the week before Yud Alef Nissan the members of the Vaad Haniggunim will iyh be listening to all the Niggunim and choosing the niggun that will be sung by Chassidim worldwide over the next year.

The Vaad Haniggunim – Yud Alef Nissan is reminding everyone to send in their compositions by tomorrow Monday, 2 Nissan 11 am, to Niggun120@gmail.com.