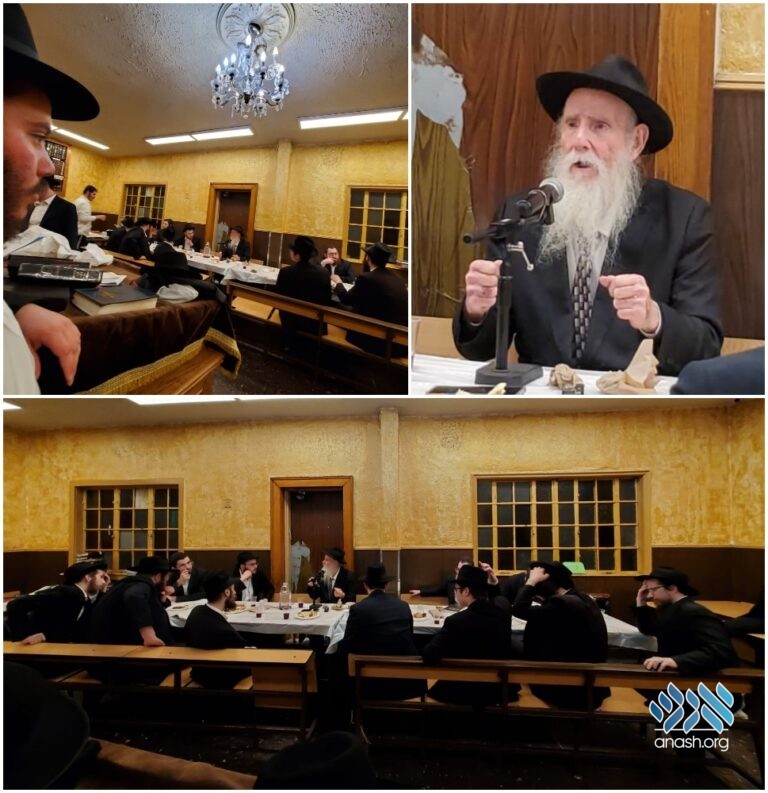 West Coast Head Shliach Rabbi Shlomo Cunin held his traditional Shabbos Mevorchim farbrengen at the conclusion of Shabbos. He shared the reason for his children’s names.

Bochurim gathered in the small zal at 770 Eastern Parkway on Motzei Shabbos for a farbrengen with Rabbi Shlomo Cunin, Head Shliach to the West Coast.

The farbrengen, held to mark Shabbos Mevorchim, is a long-standing tradition of Rabbi Cunin, who travels to 770 on the final Shabbos of every month.

At the farbrengen, marking Shabbos Mevorchim Av, Rabbi Cunin urged the bochurim to increase in simcha and in activities to bring Moshiach speedily.

He shared that many of the names that he gave his children were connected with the geulah, including Yosef Nissan, Geulah Bracha, and Tzemach Yehoshua.