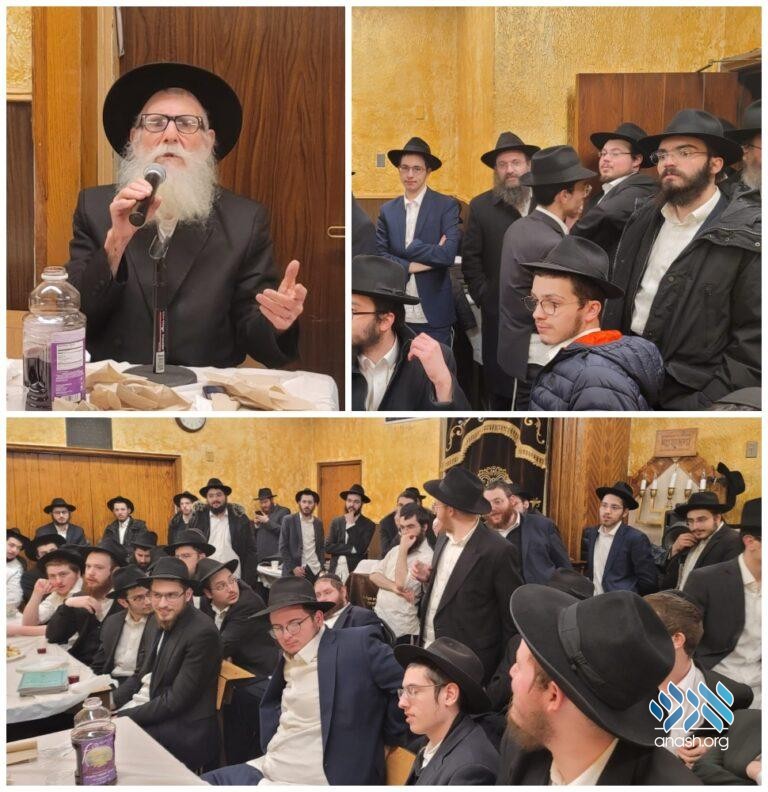 For the first time since the pandemic began, Rabbi Shlomo Cunin, Head Shliach to the West Coast, returned to 770 to lead the farbrengen in honor of Shabbos Mevorchim.

For decades now, Head Shliach to the West Coast Rabbi Shlomo Cunin would travel to New York to spend Shabbos Mevorchim in 770. After Shabbos ended, he would hold a farbrengen for the Bochurim learning in 770.

However, due to the pandemic, this tradition was suspended, and with it the monthly Motzei Shabbos farbrengen for the Bochurim.

Even as travel resumed and 770 reopened, Rabbi Cunin did not allow himself to take the risk of traveling cross-country, choosing to remain at home and safeguard his health. It was only for Yud Shevat, after receiving both doses of the COVID vaccine that Rabbi Cunin returned to 770 after close to a year of not being there.

Following his short visit, Rabbi Cunin returned to California, traveling back to 770 for Shabbos Mevorchim, as was his longstanding custom. Bochurim and chassidim came to greet Rabbi Cunin, thrilled that another ‘770 tradition’ was finally being reinstated.

On Motzei Shabbos, Rabbi Cunin led his customary farbrengen, with a large crowd of bochurim joining to listen and be inspired.