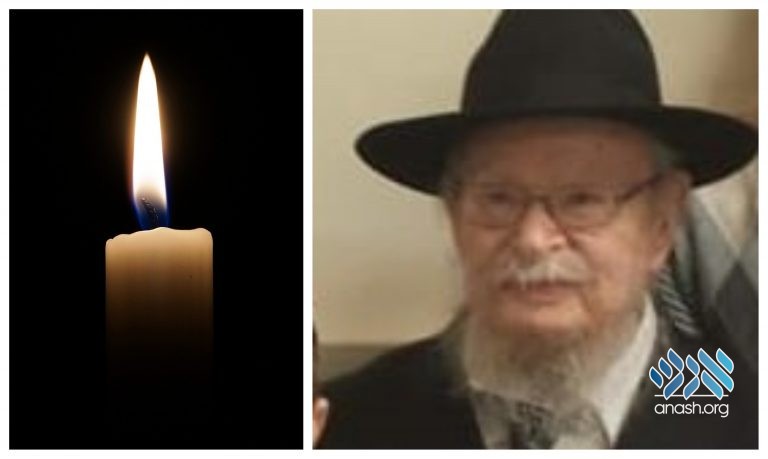 Born in Akhaltsikhe, Soviet Georgia in 5683/1923, Reb Chaim Osher was a son of the chossid Reb Eliyohu Shmuel Kahanov, a tomim in Lubavitch, and was a talmid in the Lubavitcher underground yeshivos. His father had been sent there by the Frierdiker Rebbe. Reb Elya Shmuel was a brother in law of Reb Shmuel Levitin.

He left the Soviet Union with the mass exodus in 5706/1946 and first arrived in Prague, where he was active in arranging visas for his fellow refugee yidden. Soon, by the efforts of the Rashag, he and three others were granted a visa to the US in 5707/1947.

Reb Chaim Osher was an example of a Chassidisher yungerman who worked hard to provide for his family but never lost the varemkeit of Tomchei Tmimim. Totally devoted to the Rebbe, he raised his children in the Rebbe’s ideals. He was for many years a member of the board of Tzach in New York.

The levaya will take place today passing by 770 at 3:15 pm and then Ksav Sofer Shul on Empire and Albany.