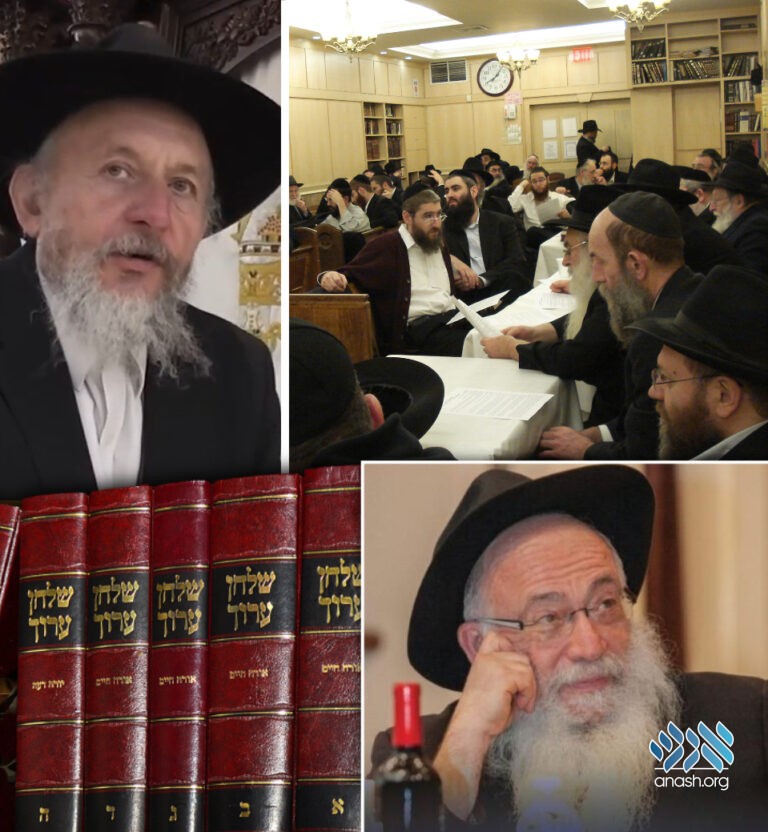 A shiur established by Rabbi Chaim Gurevitch a”h, which grew into one of Crown Height’s largest, is continuing in his memory following his passing on 3 Nissan this year.

In between raising funds for Israel’s impoverished, beloved Crown Heights figure Rabbi Chaim Gurevitch a”h had another “passion project,” a weekly Halacha shiur which was established in 5767, starting off with just a few yungerleit in Rabbi Sholom Ber Levin’s home.

Yagdil Torah was eventually asked to get involved and help expand the shiur. Between marketing, advertising and organizing a new location, Yagdil Torah enabled the shiur to grow to become one of the largest, most attended shiurim in all of Crown Heights.

The shiur covers a unique topic which explores how the Alter Rebbe reached his Halachik rulings. Many have read through the Alter Rebbe’s Shulchan Aruch, but how many have actually learned about his thought process? Those who attend this shiur do just that.

“Rabbi Levin is an expert on the Alter Rebbe’s Shulchan Aruch,” says Rabbi Levi Browd of Yagdil Torah. “He brilliantly discusses the sources of the Alter Rebbe, how he got to his rulings and the ramifications that come from understanding these sources.” He has now compiled the shiurim into a sefer.

“Fourteen years ago, Rabbi Gurevitch approached me,” says Rabbi Levin. “He asked me if he could bring a few young men to my home for a weekly Halacha shiur.”

For years, Rabbi Gurevitch attended the shiur for a group of yungerleit. Later during that same year, it was decided that the shiur should be moved to Empire Shtiebel so that more people could attend. Ever since then, it has become widely attended by Anash of Crown Heights.

The shiur is held every Sunday after Mincha Bizmana at Empire Shtibel – 489 Empire Boulevard. Given in Yiddish, it is currently covering the Halachik ramifications of using a blech on Shabbos, such as chazara and hatmana.

The Alter Rebbe is known to have said that one should “live with the times,” and this shiur strives to do that, often covering interesting topics related to the time of year such as upcoming Yomim Tovim.

Now after Rabbi Gurevitch’s passing, the Shiur continues in his memory. Attending this shiur in his memory will be a great zechus for his neshama.

For more info on Yagdil Torah, visit us at YagdilTorah.org.