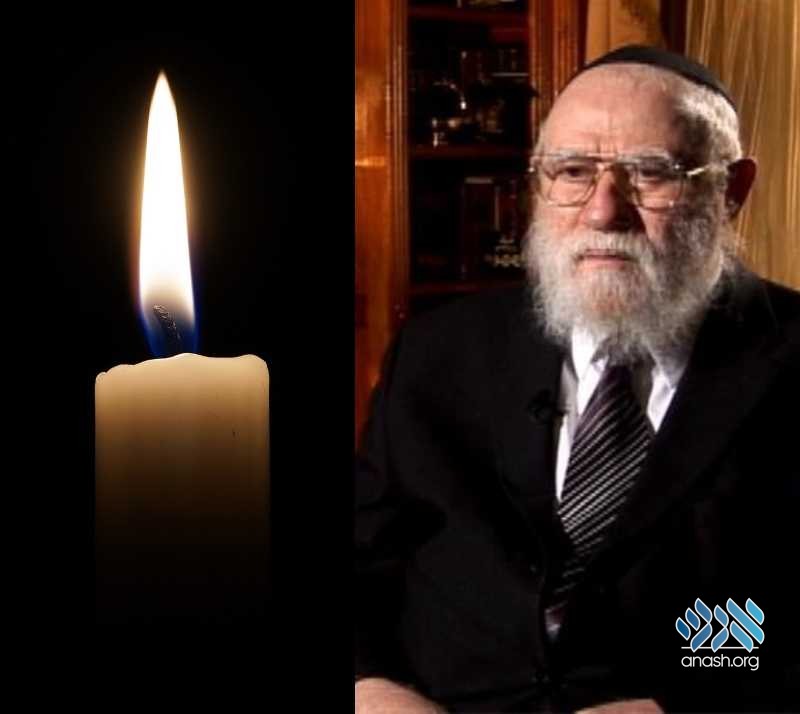 Rabbi Chaim Ciment, who served as a shliach to Boston and executive director of Yeshivas Achei Temimim for close to seven decades, passed away on Shabbos, 8 Tishrei.

Rabbi Chaim Ciment, who served as a shliach to Boston and executive director of Yeshivas Achei Temimim for close to seven decades, passed away on Shabbos, 8 Tishrei, 5781.

Rabbi Ciment was born into a family with deep ties to Sighet-Satmar. His father Reb Yosef and his uncle Reb Yaakov Y. Ciment established Sighet in America.

In the early 1940s, he started learning in Yeshiva Tomchei Tmimim in 770, after meeting the Frierdiker Rebbe.

As a bochur, Rabbi Ciment was known as being a Masmid. In one of his yechidus with the Rebbe, he tunred to Chaim and said “m’zoght oif eich az du host a gutta kopp,” – “they say about you that you have a good head”. The Rebbe then proceeded to give him a personal learning regiment of some of the most lengthy and intricate areas of Halachah.

As a bochur, in 1954, Reb Chaim was sent to Yeshivas Achei Tmimim Lubavitz in Boston, founded ten years earlier by the Frierdiker Rebbe. The Yeshiva had fallen on very challenging financial times and it became Rabbi Ciment’s mission to stabilize it to allow its continuing to function. He went on to fully develop a pre-school, elementary and two high schools, separate for boys and girls. In the early 1980s a Yeshiva Gedolah was added which significantly enhanced the stature of Lubavitch in Boston.

In his early 50’s Rabbi Ciment was hospitalized due to a sudden paralysis of his entire body. Some untreatable disease had ravaged his body. Any little movement he could make was extremely painful. Upon hearing the frantic report, the Rebbe immediately responded “es iz gornisht” – it is nothing! The Rebbe’s secretariat relayed the message, as is, to Boston’s Mass General Hospital where the doctors and nurses stood by helpless. To their amazement, within 24 hours Rabbi Ciment was able to walk again on his own and he was soon discharged. The sole medication they had to prescribe was aspirins.

In 1956, while in Boston, Rabbi Ciment was introduced to his wife Esther Sonn, a daughter of renowned baalei chessed and prominent members of The Boston Jewish community. They married later that year, and the Rebbe was Mesader Kiddushin by the Chuppah.

After their marriage, they returned to Boston, where they served as shluchim. For over 60 years, Rabbi Ciment educated thousands of students, first as the Principal, and then as the Executive Director of The New England Hebrew Academy Lubavitch Yeshiva.

Levaya begins Sunday Erev Yom Kippur at 8:30 AM in Boston at Lubavitch Yeshiva. It will pass 770 approximately 12:30 PM. From there it will continue to Wellwood cemetery in Long Island, where he will be buried next to his father and brother a’h.

Shiva will be for a few hours before Yom Kippur in Crown Heights.