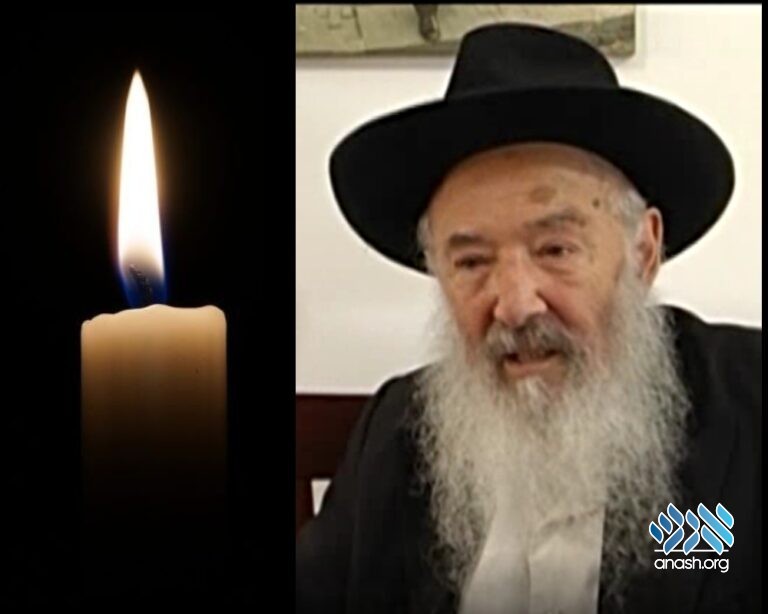 Rabbi Chaim Binyamini, a holocaust survivor who served as the Rebbe’s shliach in Petropolis, Brazil, for over 50 years, and founded the country’s first yeshiva, passed away.

Rabbi Chaim Binyamini, a holocaust survivor who served as the Rebbe‘s shliach in Petropolis, Brazil, for over 50 years, and founded the country’s first yeshiva, passed away.

At the age of 14, he was sent by his father to a yeshiva in the city of Tab, where he studied under the Rosh Yeshiva Rabbi Yosef Frankfurter until the outbreak of World War II. He then transferred to the Yeshiva in the town of Paks led by Rabbi Shimon Altman.

When the yeshiva was shuttered due to the war, he continued his studies with his uncle, Rabbi Yitzchak Zvi Fanet, rabbi of the city of Kunszentmiklos, and even received semicha from him.

With the German invasion of Hungary, he was drafted into a German forced labor camp. After a failed attempt to escape to the advancing Red Army, he was sent by the Germans to the Bergen-Belsen concentration camp.

After liberation, he arrived in Paris with a group of 100 other young men, and from there continued sailing on a ship to Eretz Israel, where he arrived in 7 Menachem Av 5705.

In 5711, he married his wife Mrs. Rivka Sheinberg, and a few years later the couple was sent by the religious department of the Jewish Agency to Rio de Janeiro, Brazil where he worked in Jewish education for the next three years.

At the end of his assignment, he returned to Israel and settled in the Masu’ot Yitzchak settlement. This is where he first encountered Chabad Chassidism when a group of bochurim from the Yeshiva in Kfar Chabad came to spend Shabbos in the kibbutz.

Rabbi Binyamini was deeply moved by the farbrengens and the niggunim sung by these young men. And as a result, a weekly Tanya shiur was established in the Kibbutz.

In the summer of 5719, he wrote his first of many letters to the Rebbe, and since then he began to consult with the Rebbe on every detail of his life.

In 5723, he returned to Brazil for the second time as a representative of the Jewish Agency. Throughout his time there, he would write and consult with the Rebbe, and received dozens of letters including detailed instructions on how to conduct his activities.

In 5726, he founded the Machneh Israel Yeshiva in Petropolis, the first yeshiva of any kind in the country of Brazil. This Yeshiva went on to educate most rabbis serving in Brazil today.

Throughout his decades as a shliach, he merited to receive many words of encouragement from the Rebbe, which guided him in his activities despite all the difficulties encountered along the way.

When his efforts in establishing a yeshiva were mocked and discouraged by the local community, his wife wrote the Rebbe a letter detailing their despair. In a fascinating response, the Rebbe wrote to them that because they are fighting the forces of assimilation, the negative forces are making a commotion in order to frighten you.

For the past few years, he resided in Kfar Chabad.