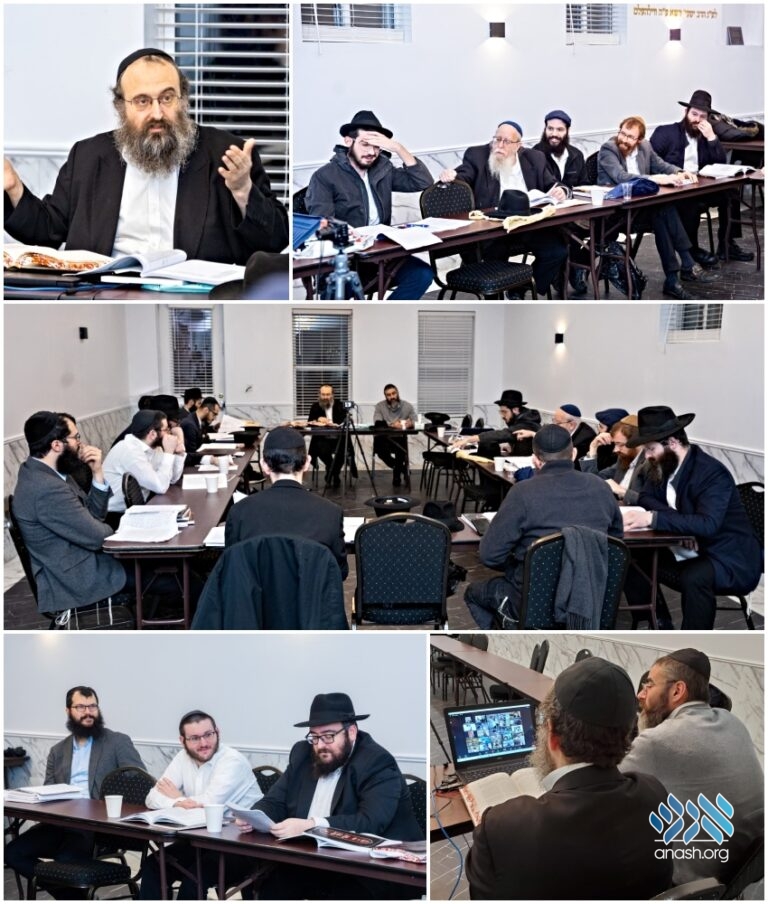 After three months of intensive study, the talmidim of Machon Limud Halacha Lemaan Yilmedu passed the first test in semicha l’rabbanus. It was held by a member of the Machon’s vaad ha’semicha, Harav Yosef Yeshaya Braun, mara d’asra and member of the Crown Heights Badatz.

The test, which was on simanim on Hilchos Taaruvos and Hilchos Melicha, took several hours. In the first part, the talmidim who live in Crown Heights were tested, and then there was a Zoom test for talmidim around the world including those who live in different time zones like Eretz Yisrael and Europe, who got up in the middle of the night to take the test.

Rabbi Braun presented daily situations to the talmidim and asked them to answer how to apply the halacha that they learned. The talmidim displayed expertise in the material and readily answered the many questions.

Rabbi Braun was greatly impressed by their high level and encouraged the talmidim to continue to invest in their study of halacha both learning for semicha issur v’heter as well as other topics.

The maggid shiur, Rabbi Yossi Barber, thanked Rabbi Braun for taking the time to come and test the talmidim of the Machon. He also mentioned the unforgettable director of the Machon, Rabbi Zushe Wilhelm a”h, who worked to ensure that married men, balabatim of all ages, can devote time to learning practical halacha.