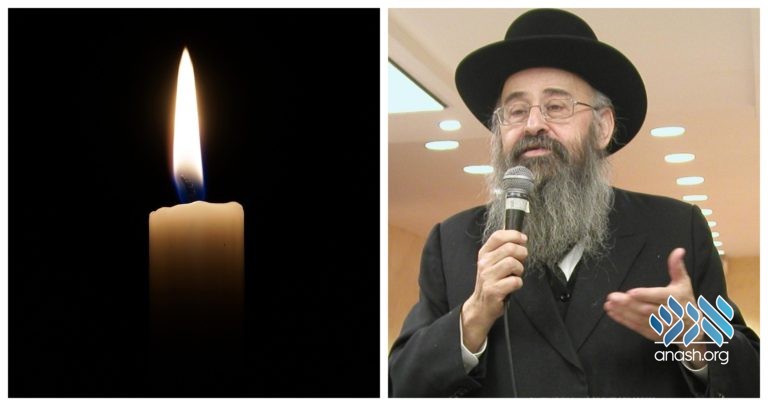 Former Agudah MK and long-time chairman of Chinuch Atzma’i in Eretz Yisroel, Rabbi Avrohom Yosef Leizerson passed away suddenly on Shabbos at the age of 77.

His mother was a sister of Rav Shlomo Zalman Auerbach.

Over the years he was involved in many public capacities, including serving on the Yerushalayim City Council, on the board and chairman of Chinuch Atzmai, as an Agudath Israel MK for one term, and others. He merited to receive many directives from the Rebbe.

Rabbi Leizerson was interviewed by JEM, and he told of his long-time connection to the Rebbe, beginning from the early 5730s/1970s with his first yechidus, until the mofes he had from the Rebbe in 5752/1992. He was a close friend of the late mazkir Rabbi Binyomin Klein.

His son is Rav Simcha Bunim Leizerson, author of the Shulchan Shlomo series of seforim that are based on the rulings of Rav Shlomo Zalman.

In the following video clip, Rabbi Leizerson tells of a mofes of the Rebbe that happened with him in 5752/1992.