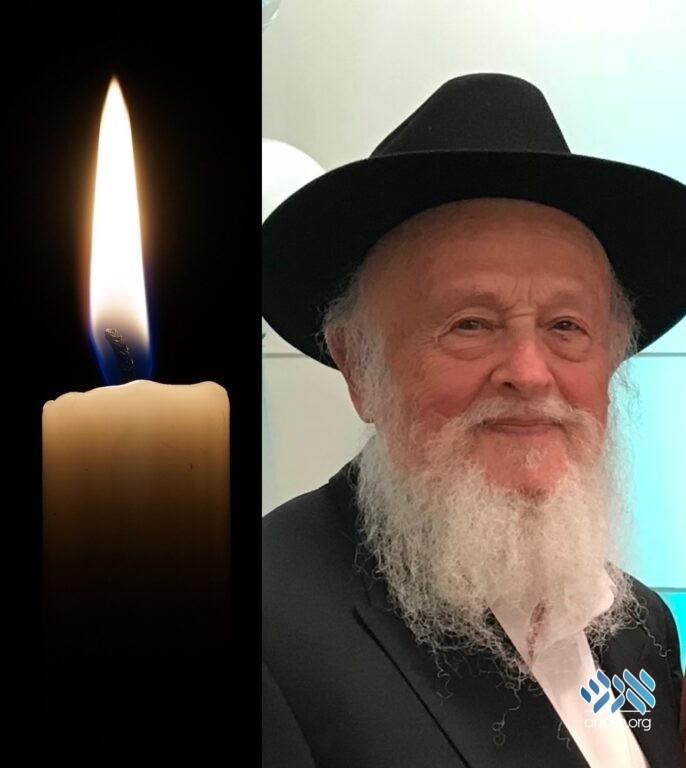 Reb Avraham Sasonkin was born in Leningrad in 5698 to his parents R’ Moshe and Ita Sasonkin. When he was a young boy, his father was arrested by the NKVD for the crime of spreading Torah and was never seen again.

With the outbreak of World War II, he fled with his mother Ita and sister to Siberia, and later joined his grandfather R’ Nochum Shmaryahu Sasonkin in Samarkand.

At the end of the war, they were able to leave the Soviet Union in the ‘Great Escape’ of Chassidim in 5706. But at the Czech border, his mother Ita was shot and killed by a border guard and thus he remained an orphan from both parents.

After the passing of his parents, he and his sister were raised by their grandparents R’ Nochum and Malka Sasonkin in Paris and later in Israel.

In the year 5710, he immigrated to Eretz Yisroel and began studying at the Achi Temimim Yeshiva in Rishon LeZion, and later, Tomchei Temimim in Lod.

After their marriage, the young couple were sent on shlichus to Eretz Yisroel and settled in Kiryat Gat. Later they moved to Avital in the Ta’anach region, where they joined the school staff of the Reshet.

Their activities were not limited to the school only, and school teachers were active in spreading Yiddishkeit throughout the surrounding area. These peulos were the first official Chabad activities in northern Eretz Yisroel, and they received detailed and encouraging responses from the Rebbe on their reports.

Under the influence of the school, a Chabad community formed in Avital, and Rabbi Sasonkin was appointed mashpia of the community.

With the establishment of a division for Russian-speaking balei teshuva at the Migdal HaEmek Yeshiva, Rabbi Sasonkin was appointed as its head mashpia, and was one of the most influential figures in the yeshiva.

He was predeceased by his son Rabbi Mendel Sasonkin, shliach to Akron, Ohio.

Levaya and Shiva information will be updated.