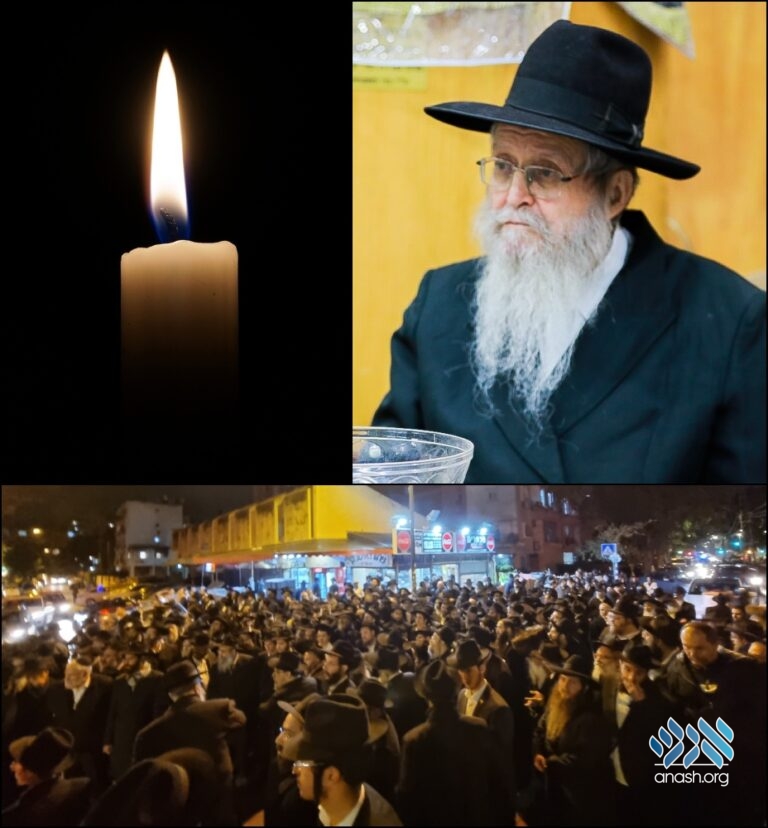 Rabbi Aryeh Yehuda Leib Levin, one of the founders of the Chabad community in Rechovot and a mashpia of the community there, passed away on Friday night, 13 Teves, 5783.

Rabbi Aryeh Yehuda Leib Levin, one of the founders of the Chabad community in Rechovot and a mashpia of the community there, passed away on Friday night, 13 Teves, 5783.

Born in the Soviet Union to R’ Shaul and Naomi Levin, young Aryeh was brought up in Eretz Yisroel after his family escaped the Soviet Union. As a bochur, he learned in the Chabad Yeshiva in Lud and Kfar Chabad under the famed mashpia Reb Shlomo Chaim Kesselman.

After his marriage to his wife Shifrah, the couple settled in Rechovot. Shortly afterward, the Rebbe wrote them a letter, urging them to establish a “Chabad environment” in the city, which he went ahead to do by establishing the now-prominent Chabad community, headed by Rabbi Menachem Mendel Gluckowsky.

Rabbi Levine also served as a mashpia in the city, showing a living example of a chassidshe yid, as well as the gabbai of the Chabad shul.

For over four decades, he served as a magid shiur in Tomchei Tmimim of Lod and as a mechanech in the Talmud Torah of Lod.

He was known as a man of chessed, and established a gemach, and was the regional director in charge of the distributions of Colel Chabad in his area.

The levaya was held on Motzei Shabbos, with over 1,000 people in attendance.

He was predeceased by his wife Mrs. Shifrah Levin a number of months ago.