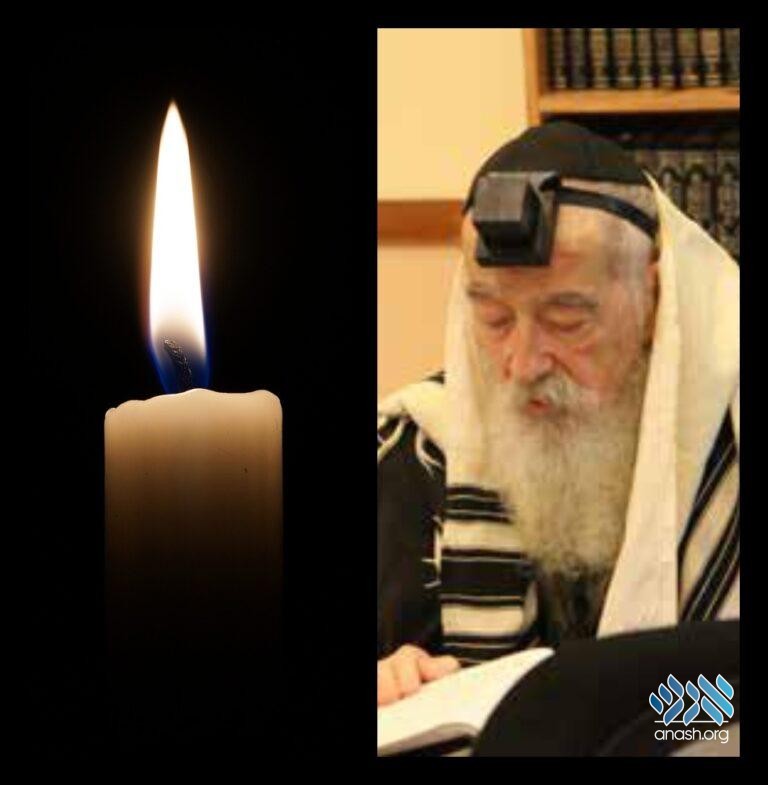 Rabbi Aharon Hakohen Tawil, who merited close attention from the Rebbe, and served as a longtime shliach to Argentina, passed away on Thursday, 12 Nissan, 5781.

Rabbi Aharon Hakohen Tawil, who merited close attention from the Rebbe, and served as a longtime shliach to Argentina, passed away on Thursday, 12 Nissan, 5781.

Rabbi Tawil was born in Buenos Aires, Argentina in 5698. His parents both hailed from prominent families of the Chaleb Syrian community and immigrated to Argentina from Eretz Yisrael during World War I. His parents came from a family of Kohanim that ha a tradition that they are direct descendants of Eili Hakohen.

When he was a young bochur, there were no yeshivos in Argentina
and after concluding his studies in the local Sefardi cheder he continued learning Torah on my own in various shuls. There were several other bochurim that did the same but there was nothing organized for them.

At one point Aharon started giving shiurim in a shul in the Flores neighborhood and was quite active in such programs.

Around Tishrei 5717 Rabbi Berel Baumgarten visited Buenos Aires as the Rebbe’s shliach and Aharon met him in the Shuva Yisrael shul. Rabbi Baumgarten sensed his desire to learn Torah in a more proper setting and offered that the young Aharon should join him on his trip back to New York to learn in Tomchei Temimim.

“Although I knew nothing about the Rebbe and Lubavitch (except for the few things I had heard from Rabbi Baumgarten over those few weeks) I was very excited about the idea,” Rabbi Tawil later recalled. “After discussing it with my parents we started making arrangements for my trip. I was 18-years-old at the time.”

The Rebbe was involved in all the details of the trip and even sent a check to cover the travel expenses.

The two arrived in New York on 6 Cheshvan, the day before Aharon’s birthday, so he merited to enter yechidus by the Rebbe the very next night on 7 Cheshvan.

“When I entered the Rebbe’s room, he greeted me with a radiant smile, expressing a unique affection. I was immediately at ease and felt enveloped in the Rebbe’s fatherly warmth and love,” Rabbi Tawil related.

I presented the Rebbe a gift on behalf of the Shuva Yisrael community—the sefer Ben Ish Chai. “This is a very important sefer,” the Rebbe said while skimming through the pages. It is an anthology of practical halacha organized by the weekly parshiyos. The Rebbe instructed me to learn the sefer on a weekly basis, to learn Kitzur Shulchan Aruch as well, and to thank the Shuva Yisrael community for the thoughtful gift on his behalf. (Igros Kodesh vol 14 page 282),” he said.

When Aharon began learning in 770,  there was no room for me in the dormitory so I stayed at the home of the mazkir Rabbi Leibel Groner. He would often inquire how he was settling in yeshiva and other personal questions, and at times clearly said that these questions were coming from the Rebbe.

The hanhala also took a close interest in the new student. Rabbi Mentlik, the rosh yeshiva, arranged chavrusos for him at all hours of the day. There was even a time that Reb Yoel Kahn learned nigleh with him for a half hour every day. Rabbi Yisroel Jacobson learned Chassidus with Aharon in the mornings and Leibel Raskin, who was one of the older bochurim in 770 at the time, learned Chassidus with him in the evenings. He made a point to learn maamarim in Yiddish and patiently translated each word so that his chavrusa would have an easier time learning to speak in Yiddish.

A year later, two more bochurim from Argentina joined him in 770, Chaim Sued and Yosef Srugo. Now that they were a group of three, Rabbi Mentlik arranged that Sholom Feldman should learn nigleh with them every day as a paid job. He enjoyed learning with them so much that a week later he approached Rabbi Mentlik and declined any payment.

The first farbrengen that Aharon merited to be present at was Shabbos Mevarchim Kislev. “Although I was unable to follow the sichos, I was captivated by the entire experience,” he recalled.

“Suddenly the Rebbe turned to me and requested that I sing a “Sefardishe niggun.” I wasn’t sure which song to sing and the Rebbe mentioned the melody “Ozreini Keil Chai.” Thankfully I knew the niggun and as I started singing solo in front of the hushed room the Rebbe sang along with me softly.

“From then on, for the next five years that I was in 770 there were many occasions that the Rebbe requested I sing this niggun and every time the Rebbe joined with a special dveikus. The Rebbe looked like he was in a different world when singing this niggun. It is difficult to describe how special these moments were,” he said.

In 5721, Aharon got engaged to Sara Rivka Sapir, the daughter of Rabbi Yehoshua Avrohom Sapir, a Gerrer Chossid living in Uruguay who served as a shochet for the local community. When they asked the Rebbe to be messader kiddushin, the Rebbe said that he had recently stopped the practice.

The Rebbe then told them; “I will always be with you. The distance and the walls do not separate us. I will be in the rav that is mesader kiddushin during your Chupah.”

A year later, the Rebbe sent them to Buenos Aires, Argentina, on shlichus. On Isru Chag Shavuos they departed New York, and the Rebbe came to the front door of 770 to see them out.

When his wife’s parents moved from Uruguay to Eretz Yisroel, the couple asked the Rebbe if they should move as well. Rabbi Tawil was even offered a job as a shochet in Chadera, Eretz Yisroel. However, the Rebbe did not allow them to move, and wrote to someone who had suggested it “Rabbi Aharon Hakohen Tawil is one of the foundational pillars of communal work in his city (including chinuch al taharas hakodesh). How can he move
away from there?!”

Much of the information in this article was taken from an interview with Rabbi Tawil in A Chassidisher Derher – Adar 5780.