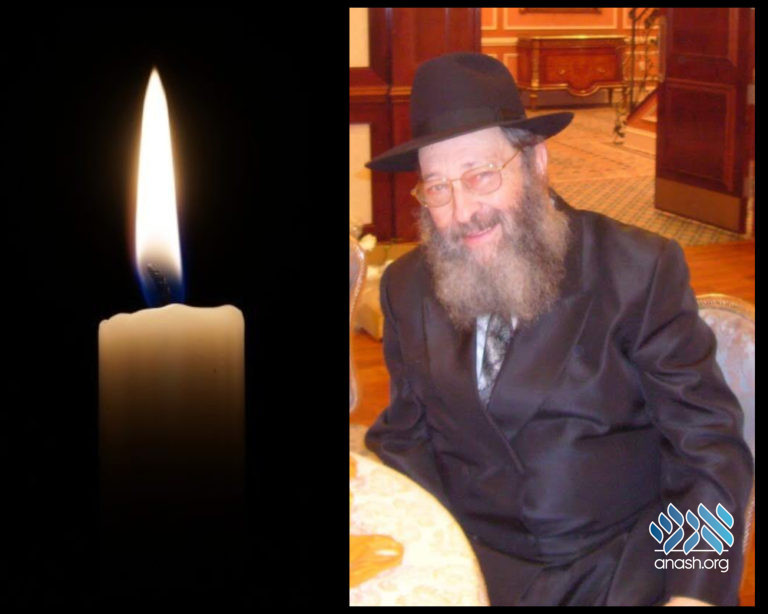 With sadness, we regret to inform you of the passing of R’ Yitzchok Kosofsky, a long-time Chicago resident and Chabad askan, and most recently of California.

Over the years, his connection to Lubavitch grew.

There wasn’t a peulah in Chicago that didn’t involve the Kosofkies somehow. R’ Yitzchok was a cholov Yisroel pioneer, bringing it to that Midwest city when for most people it was unnecessary. Live hookups of the Rebbe’s farbrengens took place in his home, as a matter of fact, he never could say no to a farbrengen in his home.

He was for many years the gabbai in the Bnei Ruven shul, then the flagship for all Lubavitcher activities there. And the list goes on. So much did he do, and he asked for nothing in return. His wife, may she be well, founded the F.R.E.E. organizations for Russian immigrants arriving.

In recent years he had been living with his daughter and eyniklach in California.

Rav Boruch Hertz, rov of the Bnei Ruven shul in Chicago, told Anash.org that R’ Yitzchok was an ish yoshor, totally devoted to the Rebbe and the Rebbe’s causes. “He was totally ibergegeben to the Rebbe and Lubavitch and merited to have a beautiful family, many of them shluchim, and he saw much Chassidishe nachas from them, he said.