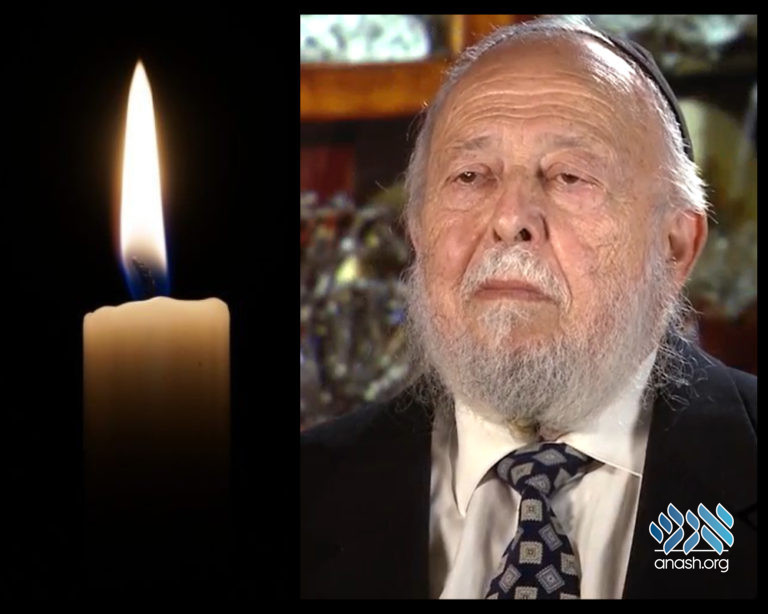 R’ Tzvi Abba Lerman, a”h, a long time resident of Crown Heights who until very recently was active in the field of education for over six decades, passed away Friday morning, 9 Nissan, 5780.

R’ Tzvi Abba Lerman, a”h, a long time resident of Crown Heights who was active in the field of education for many years, passed away Friday morning, 9 Nissan, 5780.

Born in Eretz Yisroel, Reb Tzvi Abba was the son of the chossid Reb Chaim Ber Lerman who was born in Lubavitch and was a star talmid there. In 5687/1927, he came to Eretz Yisroel and merited to accompany the Frierdiker Rebbe on his travels there. Reb Chaim Ber passed away in 5740/1979.

Later, Tzvi Abba came to New York and studied at 770, where the Rebbe took an active role in the spiritual development and physical well-being of Tzvai Abba. He married Menucha Feigenson, meriting that the Rebbe was their mesader kiddushin. Rabbi Hodakov had been his shadchan and the Rebbe advised him on all the preparations that a bochur needs to make, especially one whose parents could not be here.

The Rebbe then advised the young couple to begin their shlichus in education. So, during their sheva brochos week, the Lermans took the train to Pittsburgh, where for years they educated many and helped bring Yiddishekit into their lives. Later there was a career teaching Jewish children in New Jersey, camp director at CGI in Michigan, and then Crown Heights as a teacher at the Lubavitcher Yeshiva.

When the Rebbe, in the 5710s/1950s, requested that a committee be established to deal with the distribution of Bitaon Chabad, he was one of the committee’s founding members.

Rabbi Lerman was an involved, loving and caring zeide and elter-zeide who made sure to spend time at the family simchos and deliver a dvar torah and words of inspiration. He knew every one of his many grandkids and great-grandkids, k”y, by name and always would follow up on their progress.

Until this whole crisis began, he was still actively tutoring students.

He was predeceased by his wife Mrs. Menucha Lerman (Feigenson) who passed away in 5773/2013.

Levaya will take place Sunday morning, leaving from 770 Eastern Parkway at 10:00 am. It will pass Lubavitcher Yeshiva at about 10:05 am from there to the cemetery.