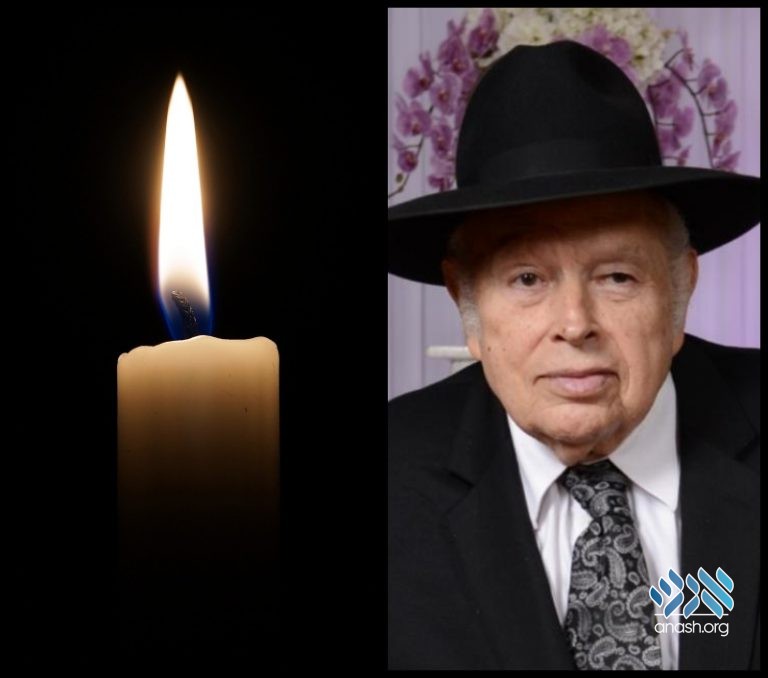 Rabbi Sholom (Sidney) Hecht, the youngest brother of the famed Hecht family who merited to have a special connection with the Rebbe, passed away on Tuesday, 22 Tammuz.

Rabbi Sholom (Sidney) Hecht, the youngest brother of the famed Hecht family who merited to have a special connection with the Rebbe, passed away on Tuesday, 22 Tammuz.

Sidney was born to his parents Reb Yehoshua and Sarah Hecht on Shushan Purim 5688/1928. He was the youngest of the famed Hecht brothers who later went on to become rabbonim and activists.

Sidney and his wife were childless for many years. He visited doctors and professors in the field, but to no avail.

During a farbrengen of 5718, between the sichos, the Rebbe suddenly called out to him, “Change your name from Sidney to Sholom, so that you may have peace in your body and soul, and you will have healthy child!” Sydney became Sholom, and was blessed with a daughter within the year.

Harav Tzvi Raisman, a member of the Eidah Hachareidis Bes Din in Yerusholaim, was a former Rosh Yeshivah of Mr. Hecht. This story of the Rebbe was his favorite, and he would always conclude with excitement, “Only the Lubavitcher Rebbe could promise a child in public, after years of waiting!”

Sidney merited to have a close connection with the Rebbe, and had permission to enter the Rebbe’s room whenever he so desired.

He lived in Flatbush, NY, where he ran Hecht’s Judaica for many decades.