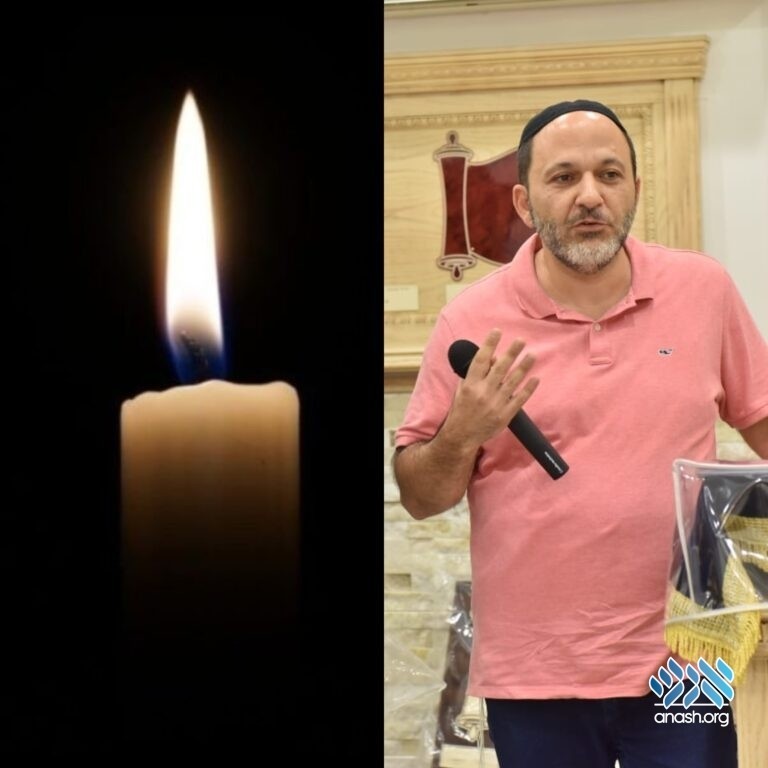 R’ Shimmy Benabou, a Crown Heights businessman and entrepreneur in the food retail business who helped many and was known as a tremendous ba’al tzedaka, passed away.

R’ Shimmy Benabou, a Crown Heights businessman and entrepreneur in the food retail business who helped many and was known as a tremendous ba’al tzedaka, passed away on Shabbos, 30 Av – Rosh Chodesh Elul, 5782.

He was 49 years old, and had battled an illness in recent months.

Born in Yavneh, Eretz Yisroel, Shimmy moved with his family to New York as a teenager, and began attending Lubavitcher Yeshivah on Ocean Parkway.

A number of years later he met Shoshi Wodowsky, daughter of Rabbi Wodowsky, who was a renowned mentor in Machon Chana and a short while later they got married.

Following his marriage, he entered the food retail business, and later opened Koshertown on the corner of Albany and Empire, which turned from a corner store to a block supermarket with a cafe and Shabbos takeout.

R’ Shimmy used his wealth to help many people, quietly supporting many causes and institutions in Crown Heights and elsewhere in a most generous and unassuming fashion.

He developed a love for Chasidus learning and Torah in general, and used to join many of the programs and shiurim in the Lincoln Place Shul.

During the Covid year he opened a Shul in his home, which he called Heichal Harashbi, in order to be able to say Kaddish for his mother who had recently passed away. The shul quickly turned into a mini-community of its own, with shiurim and farbrengens taking place regularly.

He is survived by his father Asher Benabou, his wife Shoshe and his children Rosie Goodman, Ruthie, Elisheva, Oshrity and Avigail.

He is also survived by his sibling Iris Sherman, Ayala Maman, Itzik Benabou and Smadar Vaitzman.

He was predeceased by his mother Alice Benabou and his sister Dorit Giro.

The Levaya will take place Sunday, passing by 770 at approximately 12:15pm.