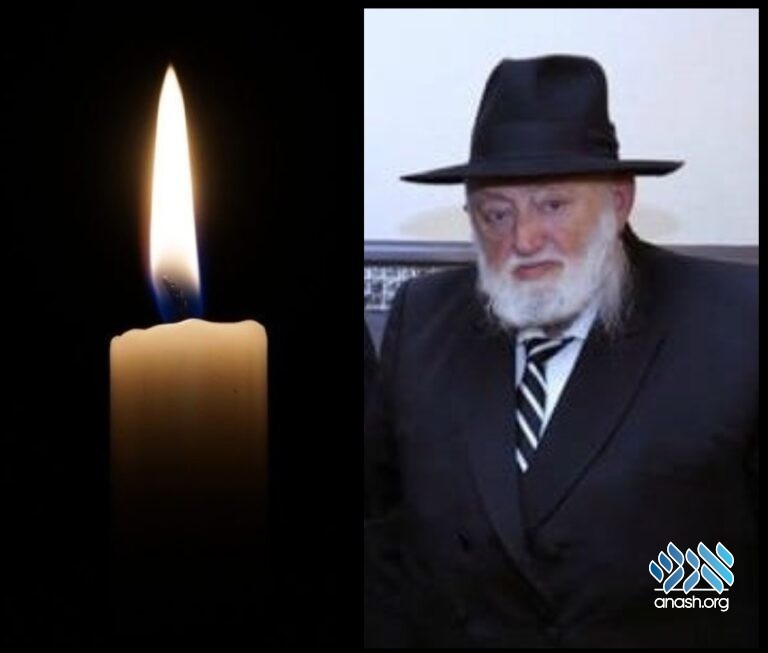 R’ Michel Raskin, the proprietor of Raskin’s fruit store of Kingston Ave, who merited to provide the grocery needs of the Rebbe and Rebbetzin, passed away.

R’ Michel Raskin, the proprietor of Raskin’s fruit store of Kingston Ave, who merited to provide the grocery needs of the Rebbe and Rebbetzin, passed away on Sunday, 22 Teves, 5782.

R’ Michel, was born in Leningrad to his parents, Reb Aaron Leib and Doba Raiza Laine, who had much mesiras nefesh for Yiddishkeit in Communist Russia. His father was a descendent of the renowned R’ Peretz Chein.

Just before the outbreak of World War II on the eastern Soviet front, Raskin and his brothers left Leningrad with their mother for the city of Gorky, where they remained once Hitler invaded the Soviet Union. His father died of hunger during the German siege of Leningrad.

While still a young boy, his mother sent him off to Samarkand, Uzbekistan, where a Chabad refugee community had formed and established shuls for themselves and makeshift schools and yeshivahs for their children.

With the conclusion of World War II, the Raskin family left the Soviet Union for Poland, using forged or illegally purchased Polish identity papers. They initially traveled to Poland, then Austria, and finally Paris.

Once in Paris, Mrs. Raskin wrote to the Frierdiker Rebbe, asking whether they should seek entry to Eretz Yisroel or to America. The Rebbe advised them to travel to America, and in 1953 they arrived in New York.

After his marriage to Dania (nee Rubashkin), he founded Raskin’s Fruit Store on Kingston Avenue, where he served many Crown Height residents. R’ Michel enjoyed a close relationship with the Rebbe and Rebbetzin, and he merited that the Rebbe was mesader Kiddushin at his wedding.

Reb Michel was a fixture in the Crown Heights business scene for well over 50 years and did much chesed in that capacity. He and his wife were renowned for their open home, welcoming guests from around the world at all times.

Shiva information will be updated.