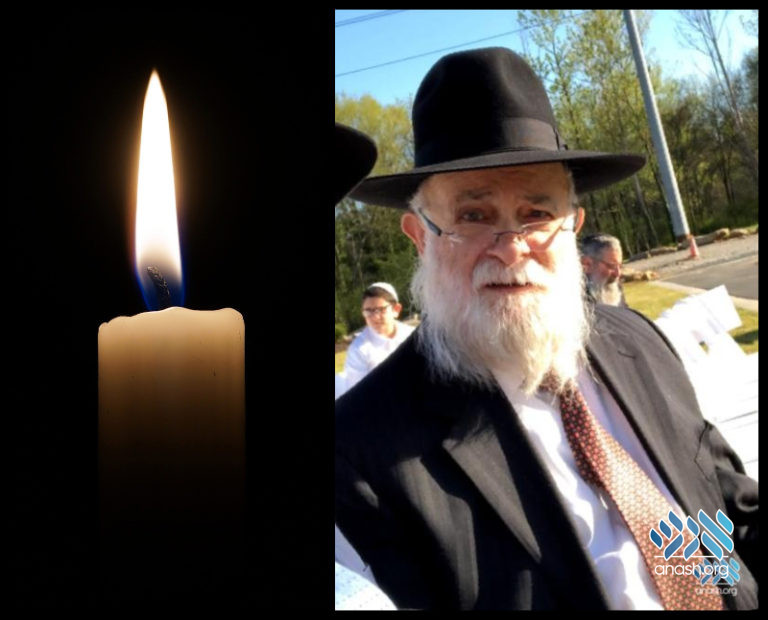 R’ Mendel Drizin, a Crown Heights philanthropist who took an active role in building the Crown Heights community and supporting its mosdos, passed away Monday, 19 Nissan.

R’ Mendel Drizin, a Crown Heights philanthropist who took an active role in building the Crown Heights community and supporting its mosdos, passed away on Monday, 19 Nissan.

He was 83 years old and passed away from complications due to the corona-virus.

R’ Mendel was born in Tarasovka, Moscow on the 2nd day of Rosh Hashonoh, 5697/1936, the second son and sixth child of the mashpia Reb Avrohom (Mayorer) and Sara Drizin, daughter of the mashpia Reb Zalman Moshe HaYitzchaki. His sandek was Reb Shmuel Levitin.

The later war years were spent by the Drizins in Samarkand and Tashkent, with the family ultimately leaving with the mass exodus of Chassidei Lubavitch and arriving in Eretz Yisroel.

As a bochur in the yeshiva in Lod, Mendel was a prize talmid and was very close to the mashpia Reb Shlomo Chaim Kesselman.

Later, he was one of the founding members of Tzach in Eretz Yisrael as well as the Iggud Talmidei HaYehivos. He played an active role in being mekarev such famous Lubavitchers as Reb Reuven Dunin and yblcht”a Reb Adin Steinsaltz.

In 5724/1964 he married Chana Preminger. Soon, he became active in the New York real estate market and was quite successful, B”H.

R’ Mendel was known as a man with a big heart who loved learning. He would spend several hours each day in 770 learning and davening and particularly enjoy a good vort on the parsha. That was also the time to reach him for any good cause.

He is survived by his wife Mrs. Chana Drizin and children – Motty and Chaim Drizin – Crown Heights; Dena Cohen – Toronto; Dovid – Los Angeles, and many grandchildren and great-grandchildren.