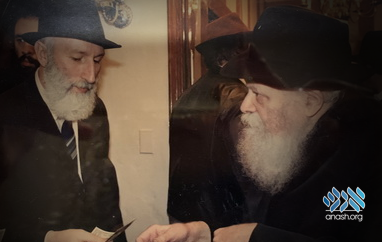 With great sadness we inform you of the passing of Leima Halevi Gedzberg a”h, a dedicated Chossid and integral part of the Russian Jewish community in Crown Heights.

Leima was born in Leningrad to a Chassidishe family (his mother’s maiden name was Minkowitz) and named after his famous grandfather R’ Leima of Nevel.

In 1988 he immigrated with his family to New York where he became an integral part of the Russian Jewish community of Crown Heights.

Together with his teacher R Zalman Shagalov A”H, he started the Shacharis Minyan at F.R.E.E. and became a permanent fixture there – opening the shul at 6am and saying there till late.

With his smile and chassidishe warmth he endeared himself to so many. His hiskashrus to the Rebbe and fervent bitachon in the imminent geulah was legendary. 770 became his second home.

He leaves behind his devoted wife Esther Freida, his sister Mila, and daughter Inna, and a granddaughter.

He will be sorely missed. May his memory be a blessing.