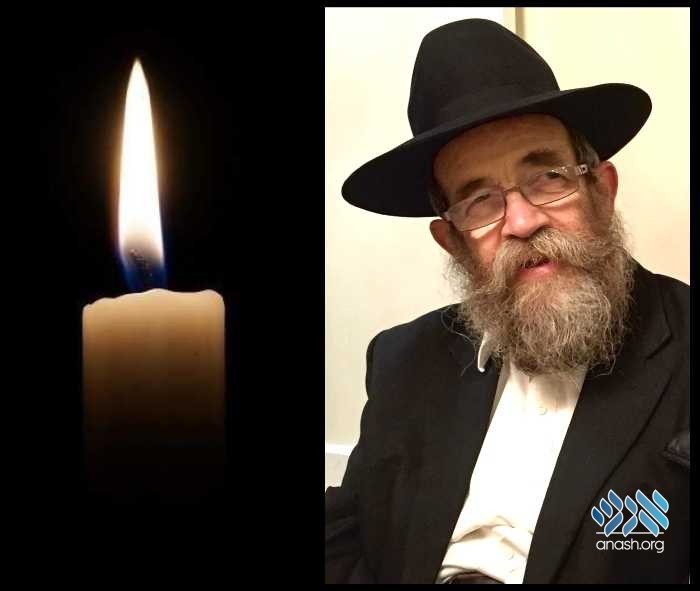 Rabbi Hershel Hecht, son of Rabbi Shlomo Zalman Hecht the first Shliach of the Frierdiker Rebbe and the Rebbe to Chicago, and a resident of Kfar Chabad in Israel, passed away on the first day of Sukkos.

Rabbi Hershel Hecht, a Lubavitcher chossid who lived in Kfar Chabad, EY passed away on the first day of Sukkos – 15 Tishrei, 5781.

He was born to Rabbi Shlomo Zalman Hecht, the first Shliach of the Frierdiker Rebbe and the Rebbe to Chicago, Illinois, had the honor of being one of the only Chassidim that the Rebbe traveled all the way to the Beis HaChayim for his Levaya (notwithstanding the fact that the Levaya was late Friday afternoon)!

He had studied in Yeshivas Tomchei Temimim Lubavitch in New York. He obtained his Smicha there shortly before going to learn in Eretz Yisroel in 1965.

After a year of studies there he met and married his future wife. He married the daughter of R’ Hirshel Rivkin, one of the first settlers of the Kfar Chabad village and a Baal Tzedaka. After settling in Israel, he went to work for the “Maon Haklitah” which was a governmentally funded organization.

At that time many Russian people were finally permitted to leave their country. A great many of them came to Eretz Yisroel. The government provided various programs and aid to get these new immigrants settled into the country. As a Chabad Chosid/Shliach it fell to him to make sure that their Neshamos also had sustenance. He expended great effort to make sure that all these new refugees/immigrants were exposed and connected to Jewish life in their new country.

When he would come back to the USA to visit with his family the Rebbe was always most concerned with what was happening with the spiritual needs of these new immigrants, for whom Rabbi Hecht was already arranging the governmental services and programs to provide for their physical needs. On one or more occasions, when he came to visit in the USA, the Rebbe had him meet with his Chaver Rabbi Shlomo Cunin in California, to discuss and share their plans for the best methods and approaches to be utilized to attract people to Yiddishkeit.

In later years whenever he would come to America the Rebbe would enquire about what was happening with his work in Eretz Yisroel, and encourage him to return immediately. There was always a good bit of internal politics within the programs that he administered. He managed to persevere regardless. Ultimately though the politicians made his entire division redundant, so there were no more programs to administer.

At that point, he found other means to earn a livelihood. For the past number of years, he worked in Hashgocha, also supervising meat that was under Rabbi Landau’s Hashgocha.

He is survived by his sister Mrs. Rivky Tevel and Rabbi Yosef Hecht, both of Crown Heights.