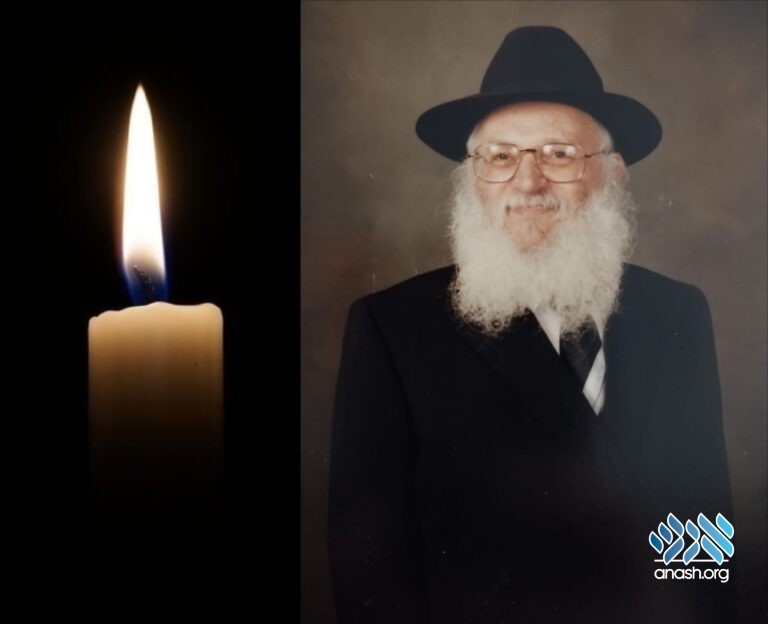 R’ Dovid Lipsidge, a member of the Chabad community in Manchester, and who worked for the local Beis Din, passed away on Wednesday, 27 Menachem Av, 5782.

R’ Dovid Lipsidge, a father and grandfather from Manchester, UK passed away on Wednesday, 27 Menachem Av, 5782.

Dovid Lipsidge was born in Liverpool, England. At the age of 12, his parents sent him to learn in Gateshead where he learned throughout his yeshiva years.

He then came to Manchester to learn shechita and at the Rebbe’s direction, he went into Rabbonus and served as a Rav in Wales.

After getting married he served as a Rav in North Hampton before moving to Manchester where he worked for the Manchester Beis Din for close to 40 years. He was heavily involved in Lubavitch Manchester for more than 60 years.

Dovid was known as a chassidishe yid who davened B’arichus every day, not just on Shabbos and Yom Tov. He was always the first one in shul and the last one to leave.

Levaya and Shiva will be in Manchester.

Shiva Time – until 12pm and from 4pm – 10pm in Manchester and getting up tuesday morning.
The family requests no visitors or calls between 12pm and 4pm and after 10pm