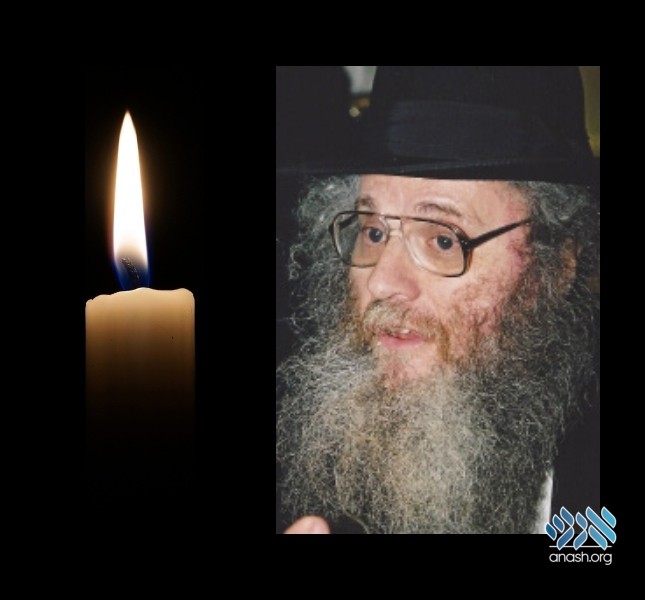 R’ Betzalel (Stanley) Kinn, who served as the shliach to Thanet, England for a decade and as a teacher in London, and more recently as a member of the Chabad community in Manchester, passed away.

R’ Betzalel (Stanley) Kinn, who served as the shliach to Thanet, England for a decade and as a teacher in London, and more recently as a member of the Chabad community in Manchester, passed away on Shabbos, 18 Cheshvan, 5783.

Born and raised in England, Betzalel was niskarev to Yiddishkeit in 1958 by shliach Rabbi Nachman Sudak, who was then directing Chabad of London.

After he became frum, Rabbi Sudak began encouraging him to visit the Rebbe, telling him that the Rebbe was “a very holy man who had a deep understanding of secular matters as well,” R’ Betzalel recalled decades later.

“At first, I was not interested in meeting him. The rumors I heard that the Rebbe could work miracles made me suspicious – was he a charlatan or a trickster? But my curiosity got the better of me,” he related.

In 1962, Betzalel traveled to New York to meet the Rebbe and have a yechidus.

“I remember walking into 770, the Chabad World Headquarters, and the Rebbe turning to look at me. It was as if he saw right through me, and I felt like such a fool for having had the thoughts I’d had about him. I almost wished that the earth would open up to swallow me whole,” he recalled in 2015 in an interview with JEM’s My Encounter. “But that didn’t happen. The Rebbe smiled at me, and I sensed an aura of spirituality around him but, even more than that, an aura of goodness.”

During his yechidus, he intended to ask the Rebbe two questions. The first was concerning his Jewish name, Betzalel. He had been named after his grandfather, whose name was Solomon, and wanted to know if he was using the wrong name. The second question was about the path that his career should take.

As soon as he came in, before he even handed in his note, the Rebbe asked him “What is your Hebrew name?”

“It is Betzalel, but I think that must be wrong,” he said, and explained about his grandfather.

“If you were called up to the Torah with the name Betzalel and on your marriage contract it said Betzalel, then there is no question that your name is Betzalel,” the Rebbe responded.

“But the name written on my grandfather’s grave marker is Solomon,” he told the Rebbe.

“The grave marker can be wrong,” the Rebbe said without any hesitation.

R’ Betzalel later went on to research the topic, and discovered that, in fact, his grandfather was called Zelke, which is an abbreviation for Betzalel, or actually Betzal-kel. That was shortened to Zelke and Anglicized to Solomon. When he checked the burial register, my grandfather’s name was recorded as Betzalel, which the Rebbe told him, without doing any research.

Back to the yechidus, Betzalel continued with his second question.

“I began with, ‘I’I know that I’m not religious enough to teach Jewish children,’ and when I said that, he laughed. He actually laughed merrily, his eyes twinkling. And then he said, ‘If you wait until you are perfect, it will take a long time. So get on with it. If you don’t fulfill your mission in this world, when Mashiach comes, he will ask you why you didn’t do what you were sent down to earth to do. Make no excuses – get on with it,'” he recalled.

“But I am more comfortable in teaching secular subjects,” he countered.

“So teach secular subjects in Jewish schools,” the Rebbe responded, adding that he should consult with Rabbi Sudak just how to go about it.

“I came out of that meeting totally energized. I felt that if the Rebbe said that I can teach Jewish children, no one – but no one – was going to stop me from teaching Jewish children. I resolved to devote my life to the Jewish community and the Rebbe’s vision,” he related in his interview.

In recent years, he moved to Manchester, where he was a member of the local Lubavitcher community.

The levaya was held on Sunday in Manchester.