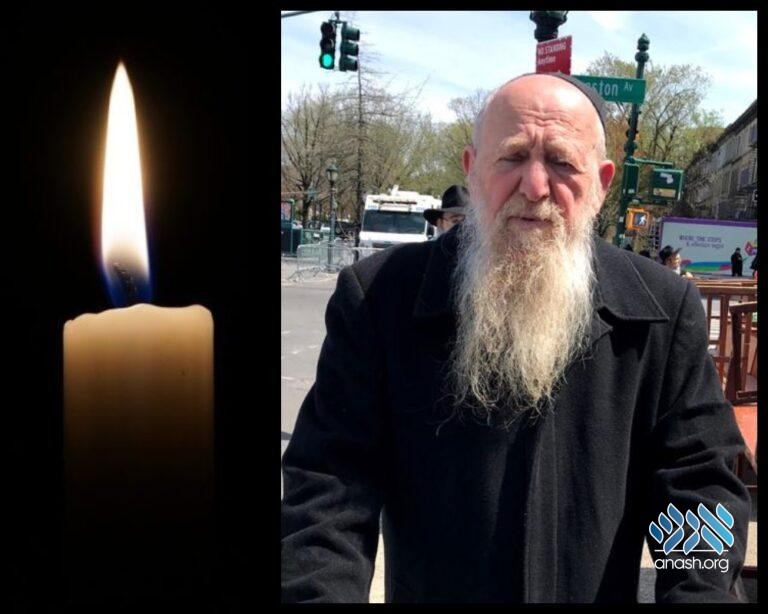 R’ Baruch Kievman, a longtime Crown Heights resident whose shoe store was a fixture on Kingston Ave, passed away on Monday, 26 Shevat, 5781.

R’ Baruch Kievman, a longtime Crown Heights resident whose shoe store was a fixture on Kingston Ave, passed away on Monday, 26 Shevat, 5781.

R’ Baruch was born in Moscow, Russia to an illustrious Chabad family. His grandfather was the famed Chossid R’ Dovid Horodoker. When the Nazis invaded Moscow in late ‘41, the family fled to Samarkand, a city in south-eastern Uzbekistan In Central Asia.

When the war ended, his family escaped to Poland using forged Polish passports. His mother also entered the ‘passport business’, helping many Jews forge documents to prove that they are Polish.

In the years following the war his family took up temporary residence in the DP camp in Pocking, Germany. In 1948, his family moved to Eretz Yisroel, where he studied in Tomchei Temimim Yeshiva under Reb Shlomo Chaim Kesselman.

After his marriage, R’ Baruch moved to New York, where he served many years as a melamed in the local Yeshiva.

Years later, he bought the shoe store on Kingston Ave between Eastern Parkway and Union, which he operated with his wife Chana for over 2 decades.

“The store’s address has also won it a certain reputation. It sits just across the street from 770 Eastern Parkway, Chabad’s world headquarters,” he said in an interview.

He is also survived by his brother Sholom Ber Kievman of Crown Heights. [Please note that R’ Sholom Ber does not know yet and should not be notified].

Shiva information will be updated.