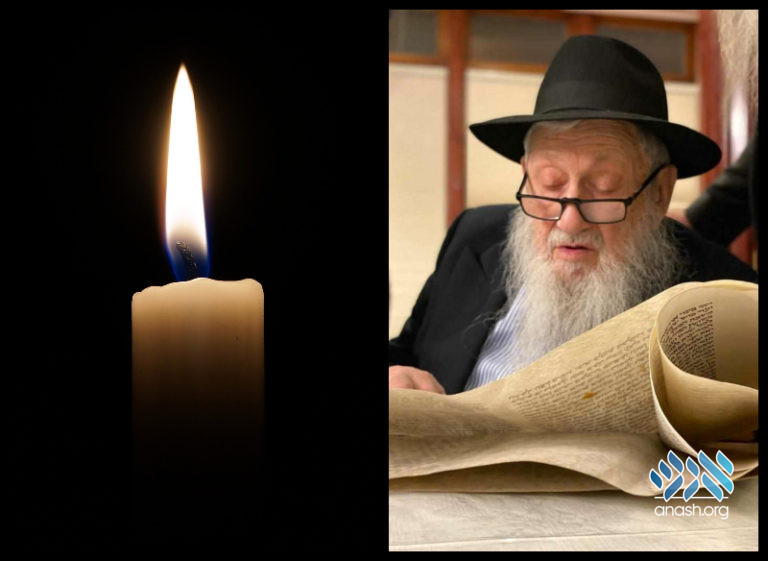 With deep sadness, we regret to inform you of the passing of R’ Avrohom Aaron HaLevi Rubashkin of Boro Park.

He was 92 years old and passed away from complications due to the coronavirus.

Avrohom Aaron was born in the Chassidishe town of Nevel, White Russia, in 5688/1928. His parents were Reb Getzel and Rosa, proud chassidishe Yidden who raised their four children with great mesiras nefesh.

During the war, the Rubashkins escaped to Samarkand, where they lived out the war years. After the war, Avrohom Aaron was active in arranging kosher meat to be shechted in Ireland, with many Lubavitcher rabbonim and chassidim involved in the shechitah and kosher preparation.

Later, in 5713/1953, the Rubashkins came to New York and Avrohom Aaron married Rivka Chazanow – may she a refuah sheleimah – daughter of Reb Uziel and Hinda and granddaughter of the chossid Reb Meir Simcha Chein of Nevel.

Together with his old partner Reb Alter Lieberman, he ran a butcher shop in Boro Park and supplied a large part of the Jewish community in the tri-State area with kosher meat and poultry.

Some years later, he opened Crown Deli Restaurant in Boro Park, where a countless amount of poor and desolate people would have their daily meals at no charge. This was Mrs. Rubashkin’s domain, and having no money to pay didn’t mean you couldn’t eat there. This was but one of the many acts of tzedakah and chesed that were carried out by Reb Avrohom Aaron and his Rivkah and ultimately by his children as well.

Years later, over 30 years ago, he founded Agriprocessors, a plant that provided Kosher meat and poultry to many hundreds of thousands, and was the largest such provider in the US.

Possibly his greatest moment of joy was when his son, Sholom Mordechai had his sentence commuted by President Trump on Zos Chanukah of 5778/2017, and he was reunited with his son. He had never given up hope on seeing back home, and his bitachon was rewarded by Sholom Mordechai’s release.

He is also survived by his siblings, Mrs. Rochel Duchman, R’ Gavriel Rubashkin, and Mrs. Dania Raskin of Crown Heights.