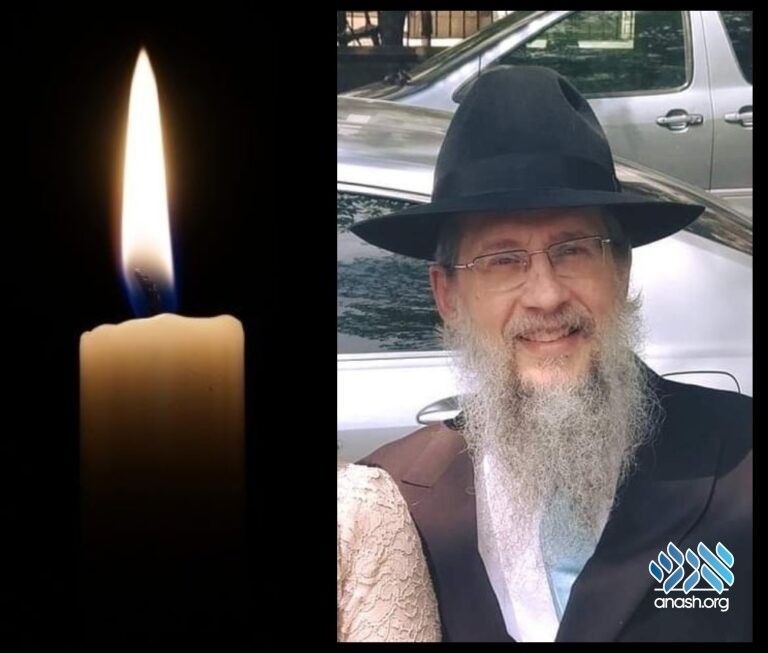 He was surrounded by his wife and all of his loving children at home, in Morristown, NJ.

He was a devout chossid of the Rebbe and a talmid of Rabbi Sholom Ber Gordon z”l, who considered him to be a spiritual son.

Avrahom grew up in Maplewood, NJ and inspired his children, grandchildren and all those who knew him with his dedication and love for Hashem. With a life full of passion for Torah and Mitzvos, he strived to always be on a path of growth; “step by step, day by day.”

To know Avrahom, was to know what it means to have absolute faith that Hashem runs this world. When diagnosed with a terrible illness, it was clear to him that there was no other way to fight it than with Bitachon. When commented on his approach, he would respond, “Ivdu es Hashem b’simcha! This is what Hashem wants from us!” He embodied these words every day and was continuously energized by Torah and mitzvos. He inspired everyone who witnessed how strongly he handled this enormous challenge. Constantly impressing his medical team with his positive attitude, his doctor obviously felt the effect on his prognosis as noted in his medical chart, “We reviewed his treatment history. He and his wife/family have been tremendously resilient in this fighting journey.” He modeled this resiliency and in turn enabled his family to support him in the same regard.

He always took an interest in everyone he met with kindness and respect, regardless of their background or profession. He always made sure to share with others how much pride he had in his children and grandchildren. He would often state how wealthy he was with brachos and nachas from his family. His pintele Yid was evident to everyone who encountered him.

He was a firm believer that every person’s Jewish name is the essence of who they are and always called his children by the full name they were given.

The Levaya will take place today, Wednesday, at Shomrei Hadas in Boro Park at 1 pm and passing by 770 at 2 pm. 2:45 burial at Old Montefiore Cemetery.

The family will be sitting Shiva at 37 Ralph Place in Morristown following the levaya. Additional Shiva information to follow.