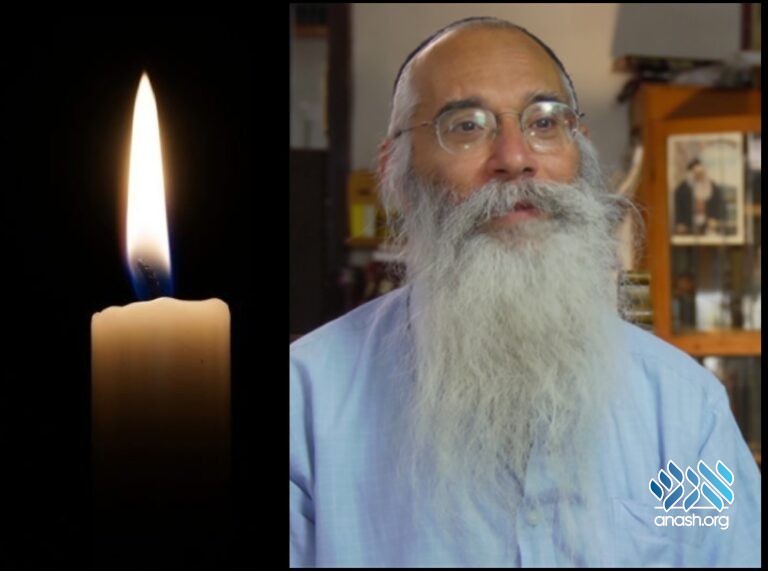 R’ Avraham Zigman, an Israeli musician, composer, and writer, who started the weekly Tanya broadcast on the radio with Rabbi Adin Even-Israel, passed away.

R’ Avraham Zigman, an Israeli musician, author, composer, poet, and writer who started the weekly Tanya broadcast on the radio with Rabbi Adin Even-Israel, passed away.

Avraham was born on Yud Alef Nissan 5709 in Haifa, Israel. His parents Menachem Mendel and Zelda Sigman were both Holocaust survivors who settled in Israel after the war.

After his release from the army, he joined Kibbutz Nachshon, and was sent by the kibbutz to study music. At the same time began working for the Kol Yisrael radio station where he served as a musical editor.

Around that time he got to know and befriend R’ Reuven Dunin who had a deep influence on him. His close relationship with R’ Reuven led him in the process of returning to Torah observance.

After nine years on the job at Kol Yisrael radio, he decided to quit and join a Yeshiva to make up for all the knowledge he thought he lacked. When the occasion arose in September of 1979 to travel to New York and meet the Rebbe, he decided to seek the Rebbe’s advice on this issue.

To his surprise, the Rebbe’s told him to continue working at the radio station as he is positively affecting his surroundings and his influence is greater than if he were to withdraw from the secular world and seclude himself in yeshiva.

When he returned to Israel from New York, he suggested to the director of Kol Israel radio that they begin to broadcast a class on the Tanya. He then turned to Rabbi Adin Even-Israel (Steinsaltz), who began to deliver a half-hour Tanya lesson every Sunday. These classes later served as the basis for Rabbi Steinsaltz’s popular ‘Biur Hatanya’ series.

The lesson was broadcasted on the network Reshet Alef, which was very popular, reaching many countries, the Soviet Union among them. Later, he discovered that there were groups of Jews who would gather around the radio in various places in the Soviet Union in order to hear these lessons.

During a second visit to the Rebbe, the Rebbe took out a stack of dollar bills and told him to distribute the bills to his friends at Kol Israel so they could pass them on to charity. When he left his office, he found that there were thirty-three dollars which he divided among my radio colleagues who were very moved to receive this gift from the Rebbe.

He is survived by his wife Miriam and their 9 children.

The levaya will take place Tuesday in Yerushalayim.